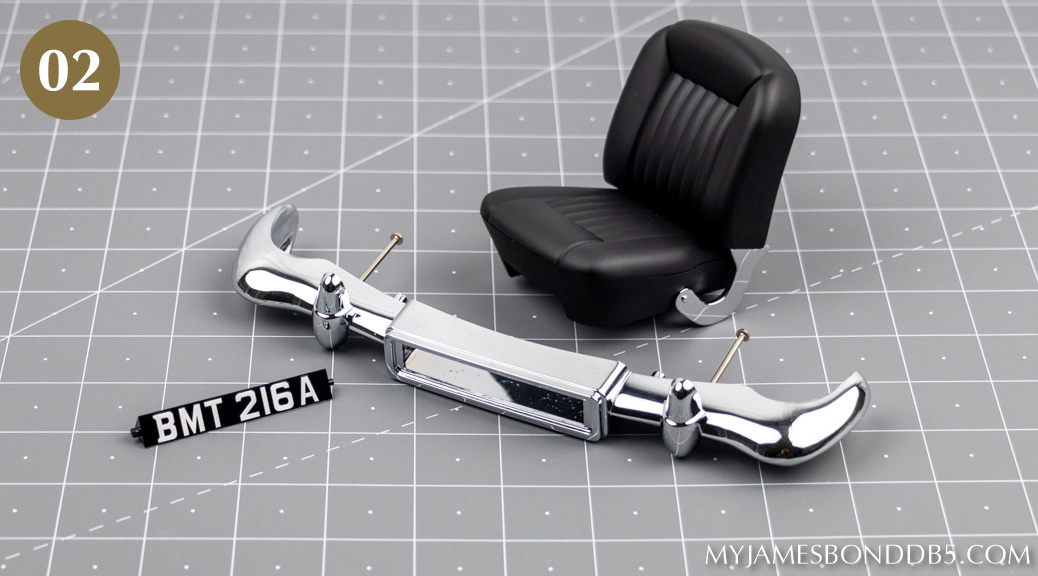 “The next pieces of your 1:8 scale replica DB5 are the driver’s seat, front bumper, and something that helped turn the ordinary Aston Martin into a spy car: the revolving number plate.”

Continuing on with the second parts pack of magazine Issue 01, we get to build the Driver’s Seat and store some more parts. 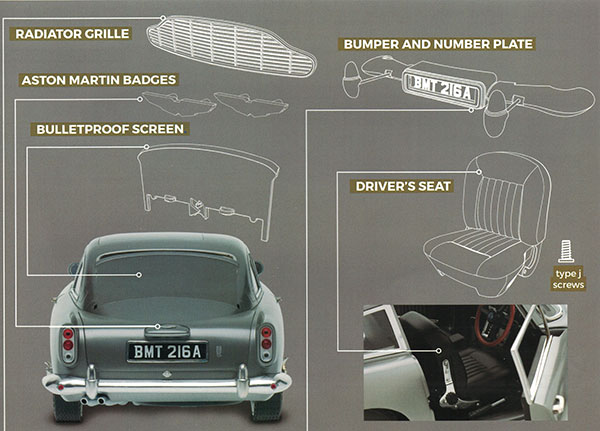 Materials: The only metal in this pack is the Overriders mechanism built into the bumper. The rest is all plastic.

TIP: In case you need it, I have a full listing of the different screws and which packs they come in on The Screws page. 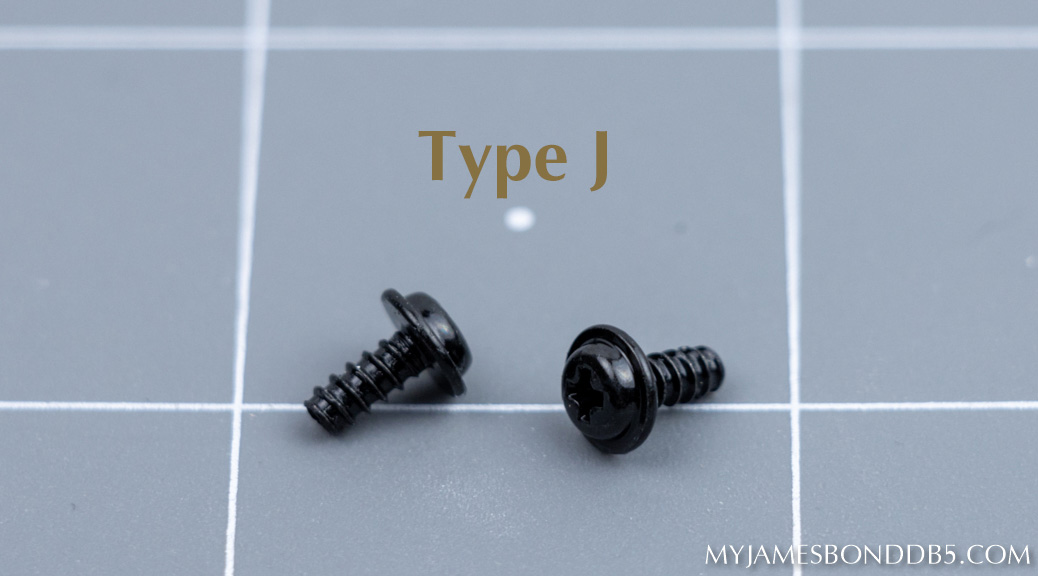 Attach the Seat Top (002-A) and Seat Bottom (002-B) sections of the seat base together. They just snap together.

This took some force and fiddling to align the pegs and get them pressed together, but it will eventually will connect correctly: 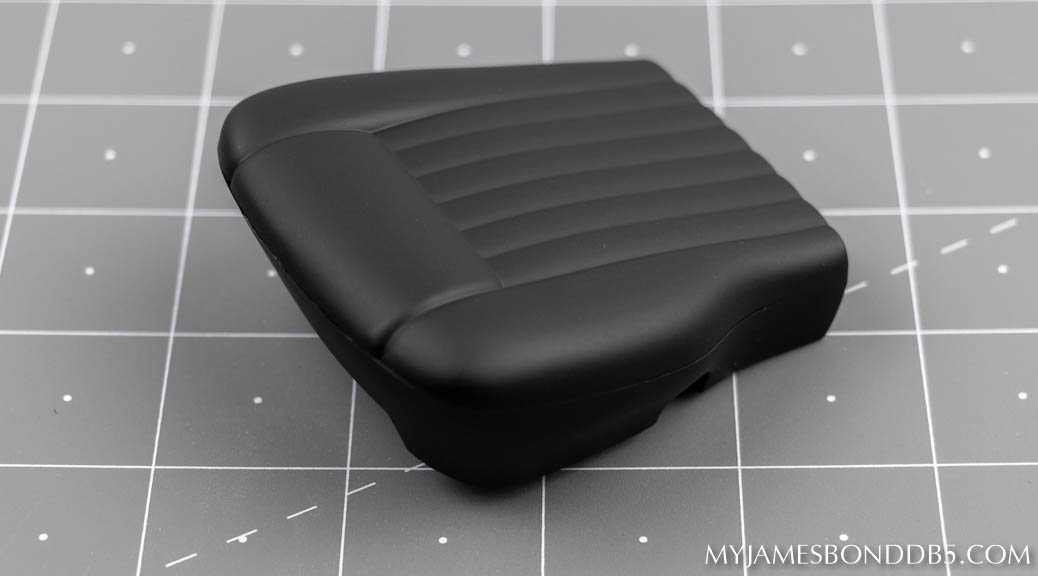 Carefully hook the left and right Seat Brackets (002-E and 002-F) into the gaps of the seat base.

There are small tabs (circled below) that ‘hook’ into the seat base. One side went in easily, but the other side took enough effort I thought I was going to break it. I just had to be careful here: 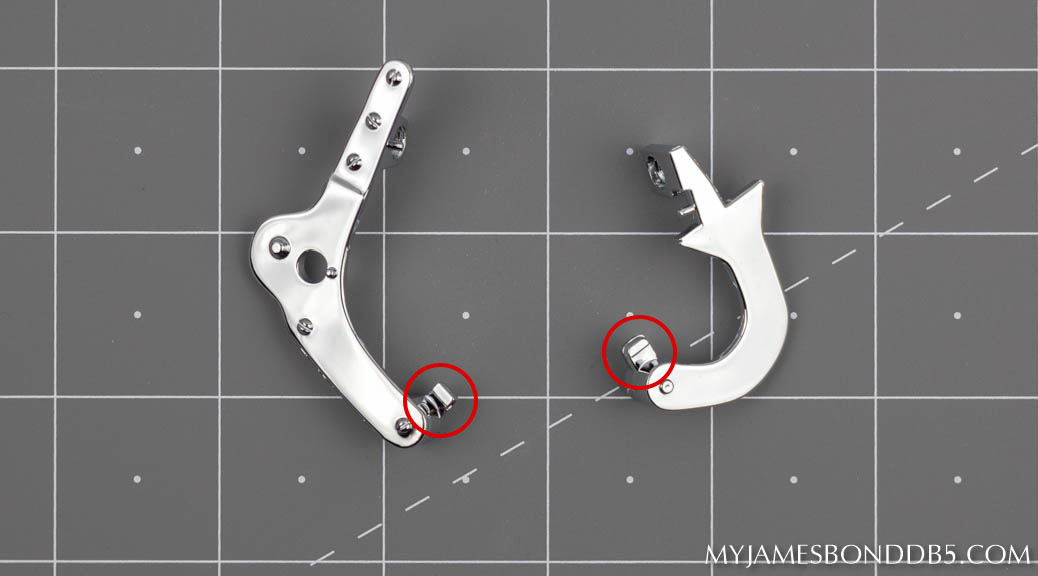 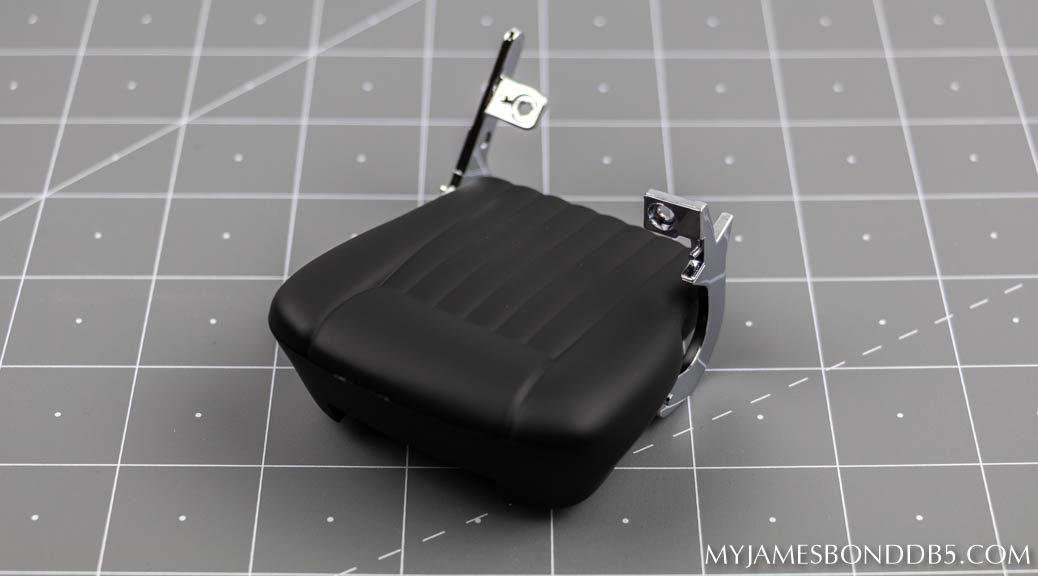 Attach the Seat Front (002-C) to the Seat Brackets with two (2) Type J screws (the only screws supplied so far): 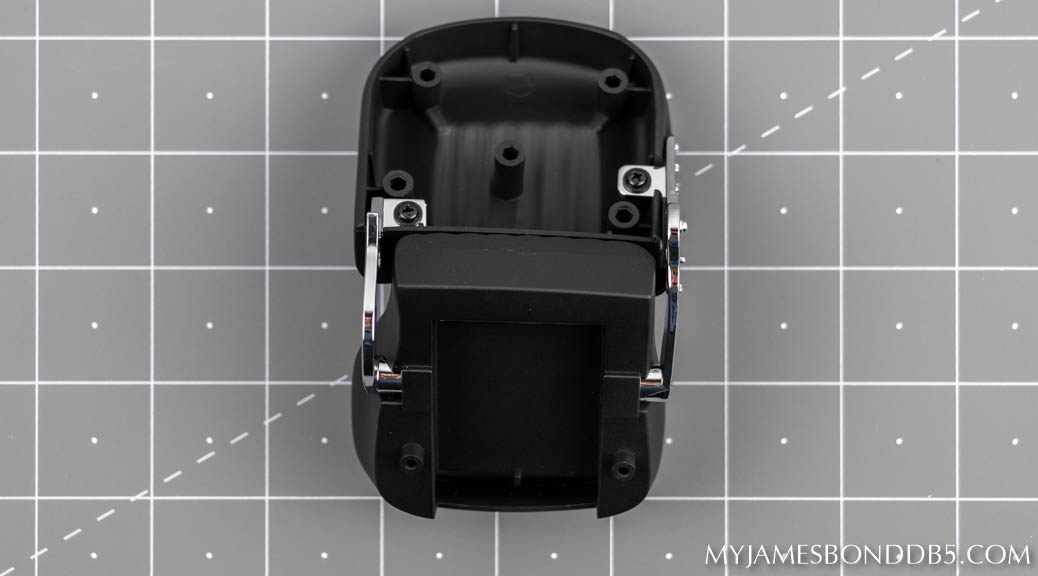 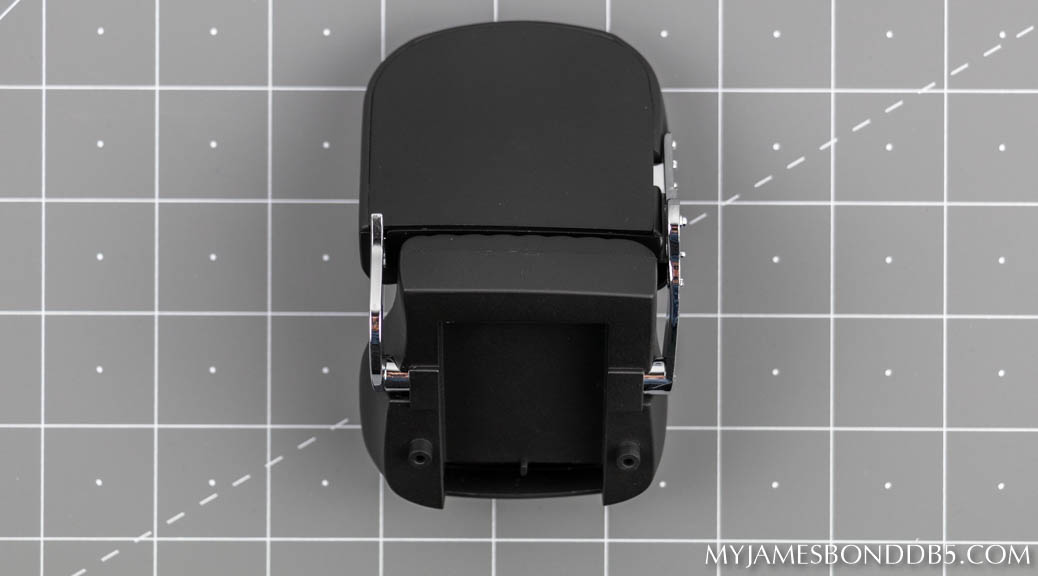 That completes the seat. Keep it in a safe place for a while as it won’t be installed until Pack 35: 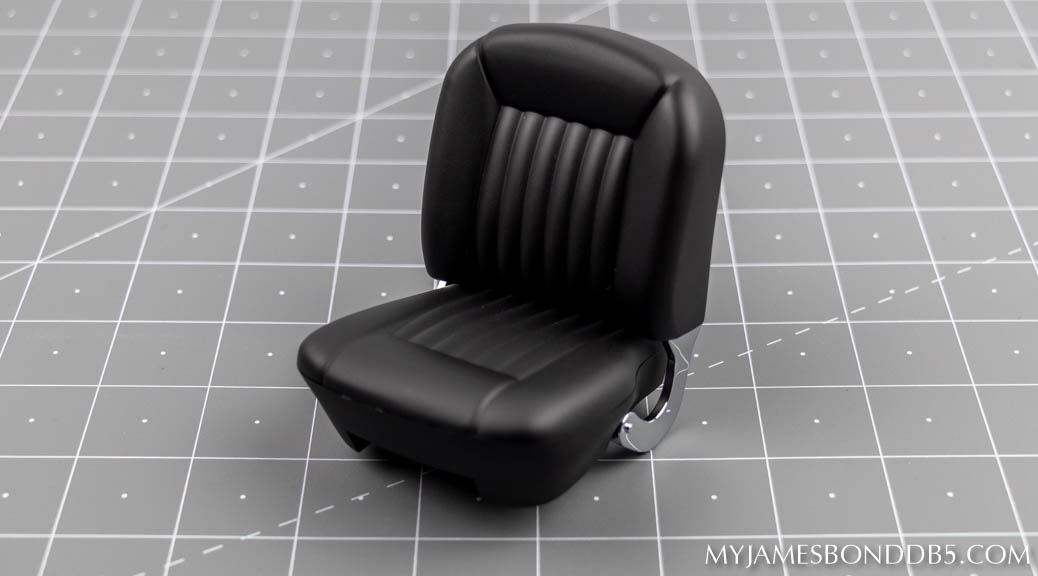 The Rotating Number Plate (002-G) fits into notches on the Front Bumper (002-H). Make sure it is right side up.

The instructions say the Rotating Number Plate is part 001-B, but this is incorrect. Also, there is nothing to hold the plate in place yet, so it will fall right out. I used a couple of Glue Dots to temporarily hold it in place for this picture: 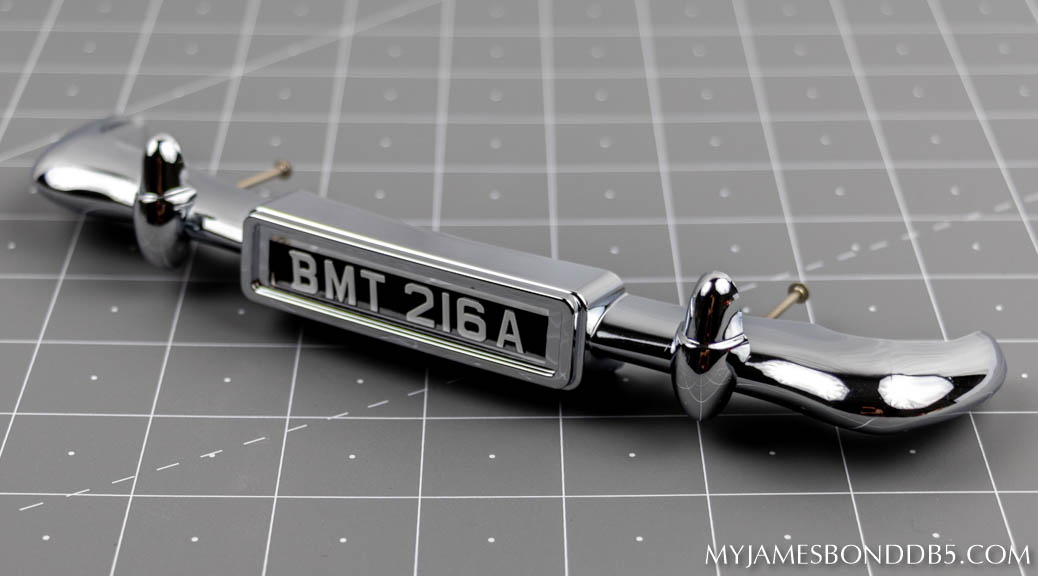 The Front Bumper assembly will snap into the body in a later issue. Put it aside in a safe place for now.

The Overriders are already installed in the bumper and work by sliding out on the rods. The bumper itself is plastic, but the mechanism is metal: 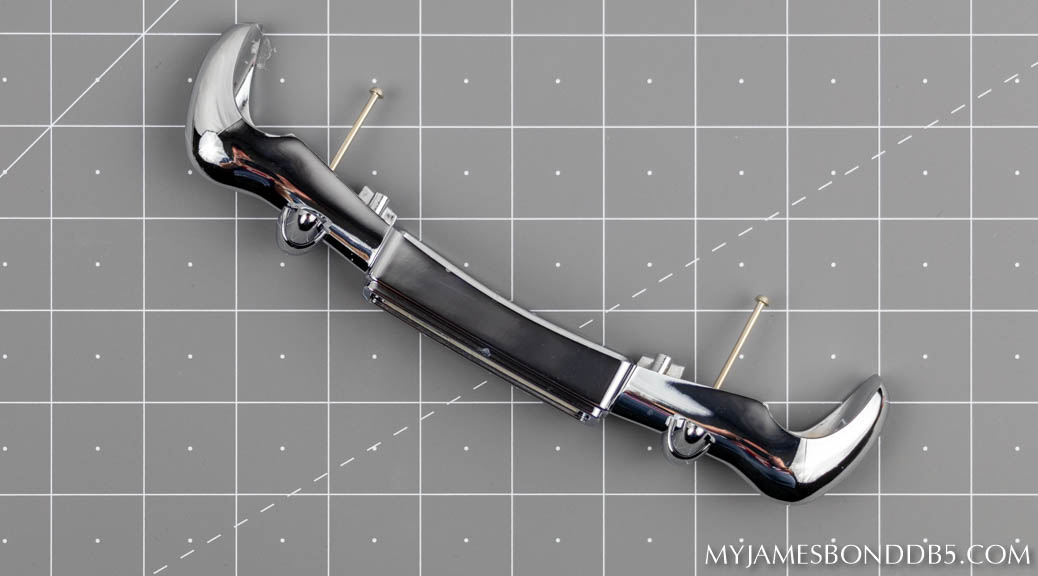 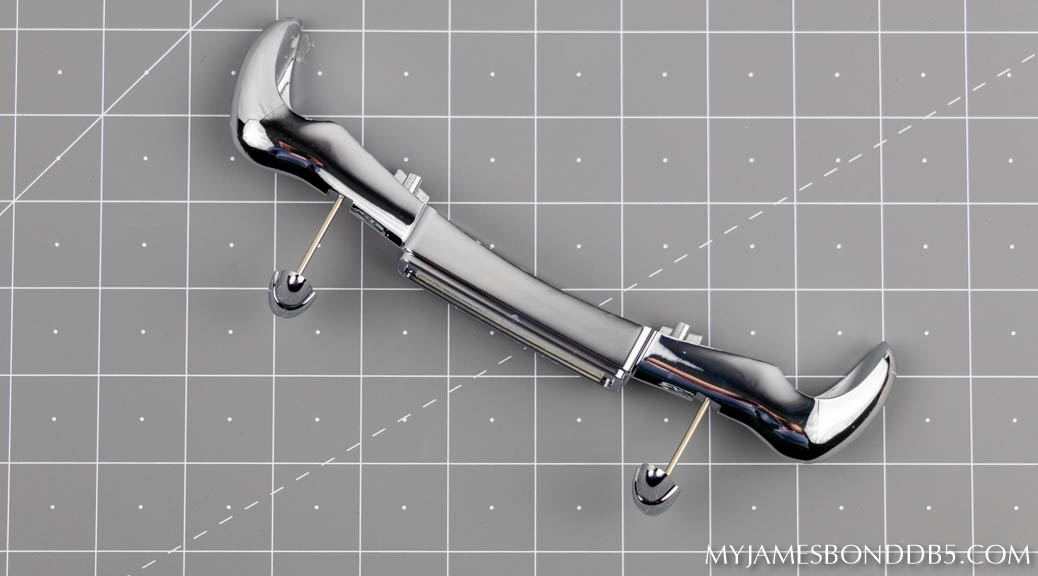 A quick seat build and more parts to store in this pack. However, the parts are great and the chrome is especially good.