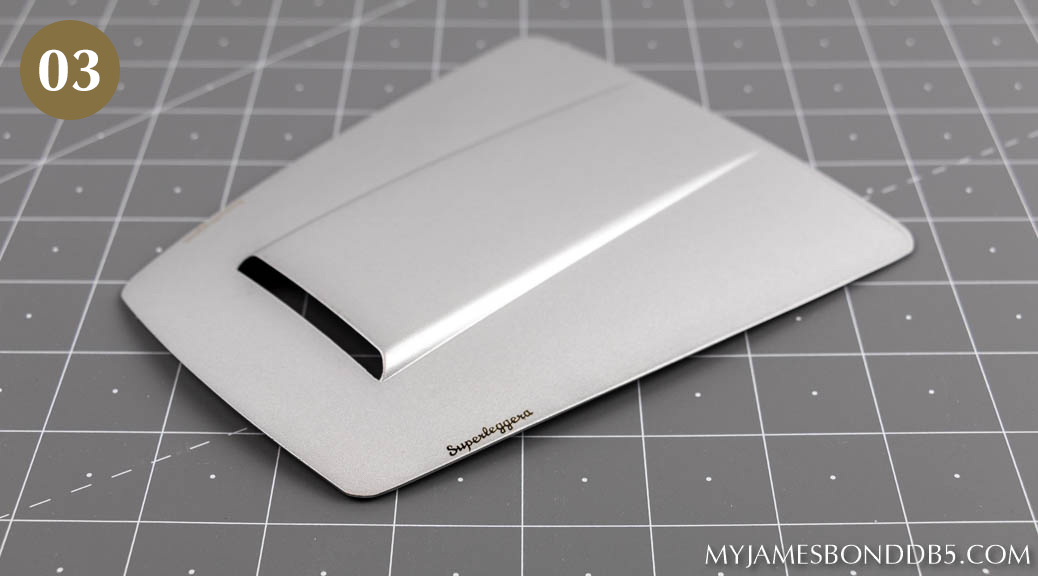 “With this issue you’ve received the bonnet. The ‘Superleggera’ logo refers to the ‘superlight’ construction technology used in a DB5.”

Magazine Issue 02 includes part packs 03 through 06 containing a lot of pieces that we don’t do much with. For example, in this parts pack, we receive the Bonnet and just store it. It seems that Eaglemoss likes to send us parts that we have to store for a while until later issues. Anyhow, let’s get started… Materials: This Bonnet (Hood) is metal with pre-installed Superleggera stickers. The Bonnet (003-A) will eventually be needed again in Pack 36, but for now, put it aside in a safe place.

The ‘Superleggera’ text on the hood is a tiny decal that appears to be gold in color: Like Pack 01, there was nothing to do here. I do hope we get to start building things soon and not just filling up shelves with loose parts.