“The next pieces of your DB5 are the first tyre and the control unit for Q-Branch’s special features – the weapons console. Find out how they fit onto the model and learn about the real-life versions.”

This pack includes more parts which, of course, we are to simply store until later. 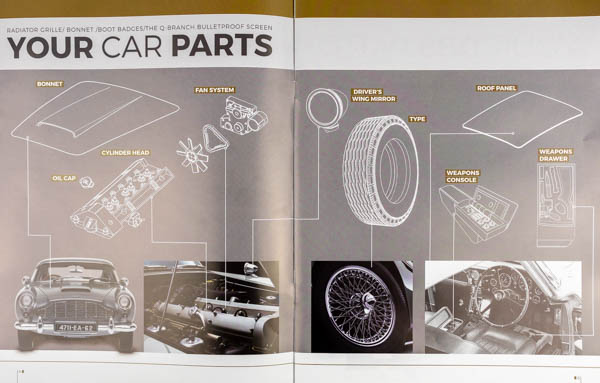 Materials: The Tyre is made of rubber and the Weapons Console is plastic.

There is nothing to do here except keep this Tyre (005-A) safe until later: 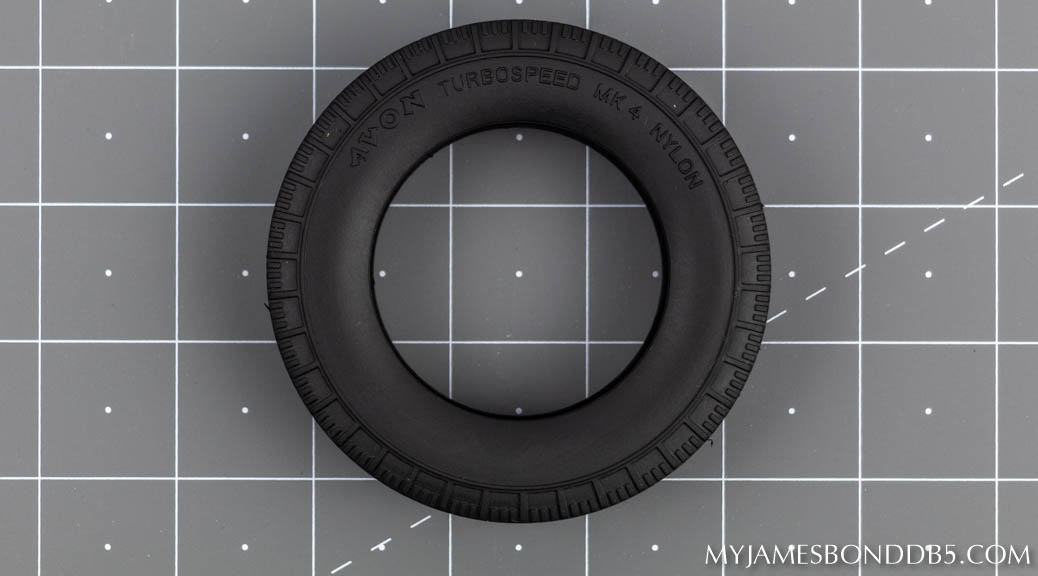 Again, another part we don’t use. Just keep this Weapons Console (005-B) safe until we install it in Pack 35.

The blueprints refer to this part as the ‘Control Console’. It came pre-assembled and you can open the cover to see the switches inside. Q briefs Bond about some of the controls such as the oil slick, smokescreen, front machine guns, revolving number plate selector, and rear bulletproof screen: 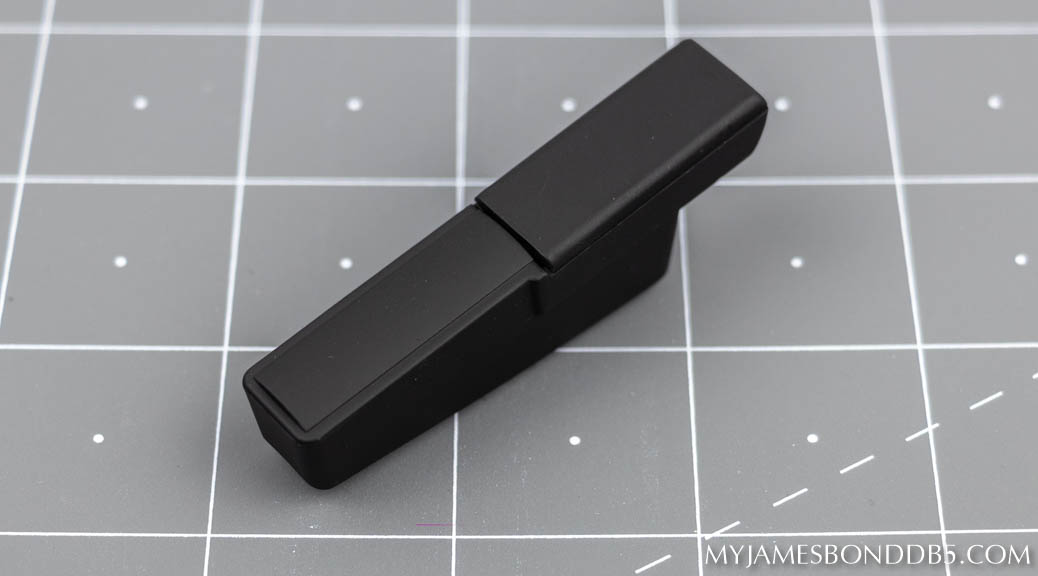 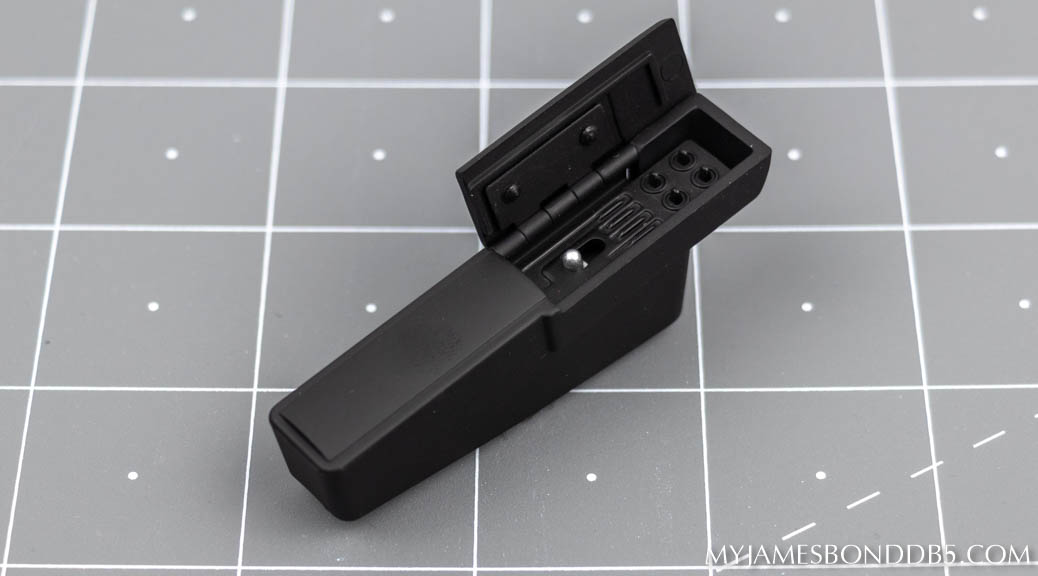 Once again, a part pack with nothing to do. This is crazy, I want to build things!