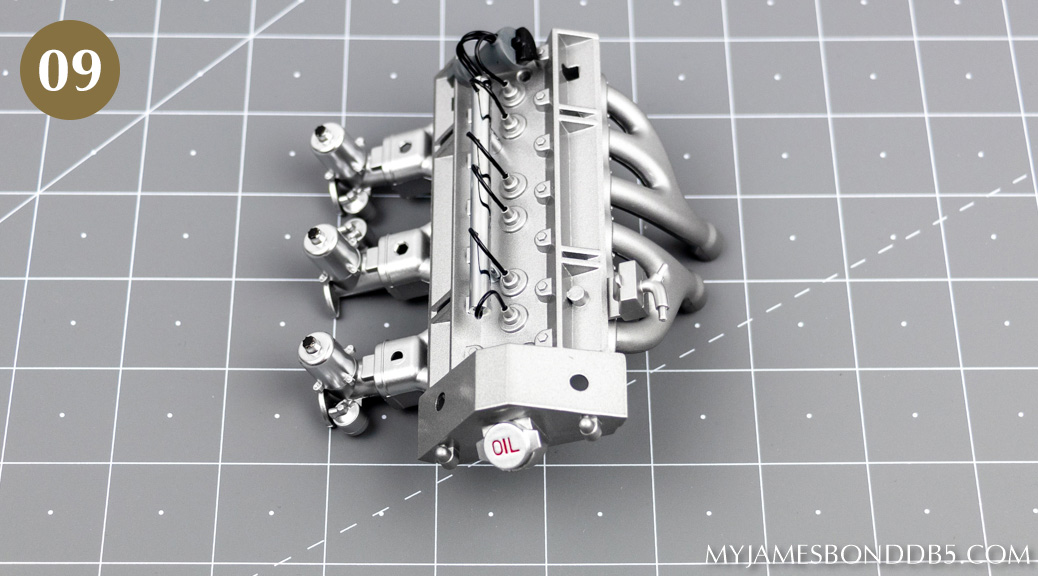 “Your replica model Aston Martin DB5 engine continues to grow with these intricate and detailed parts of the most famous car in the world!”

In this pack, we will be adding components to the Cylinder Head assembly we last worked on back in Pack 04. 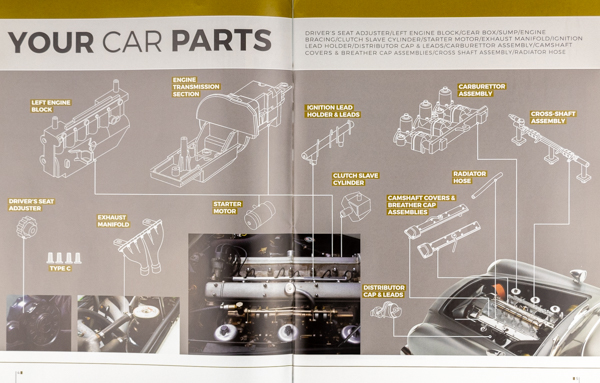 The supplied instructions make no sense here. We will not combine the engine blocks until a later pack. However, there are two pins on the underside of the Cylinder Head (circled below) where the Exhaust Manifold attaches: 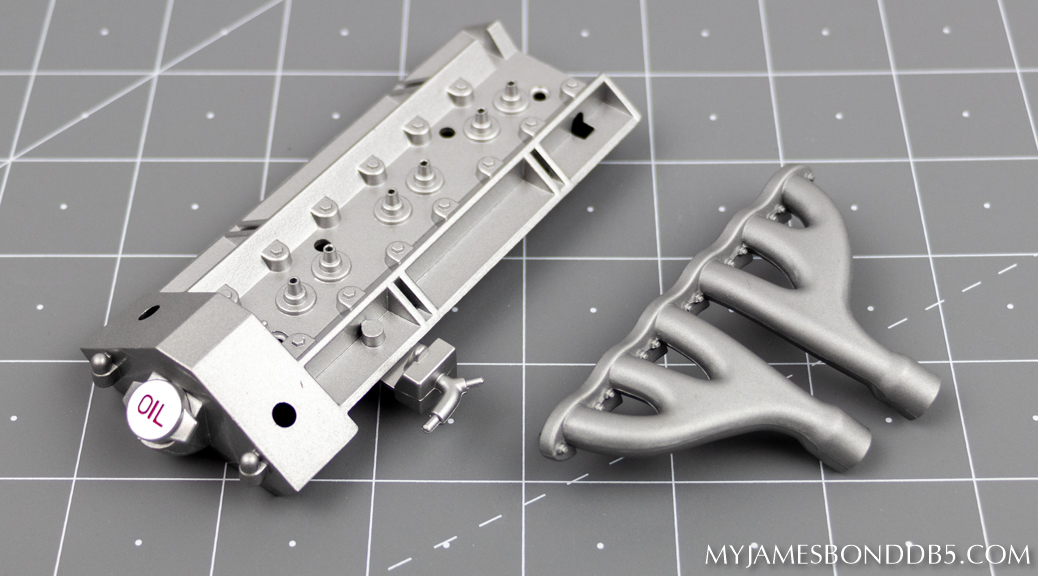 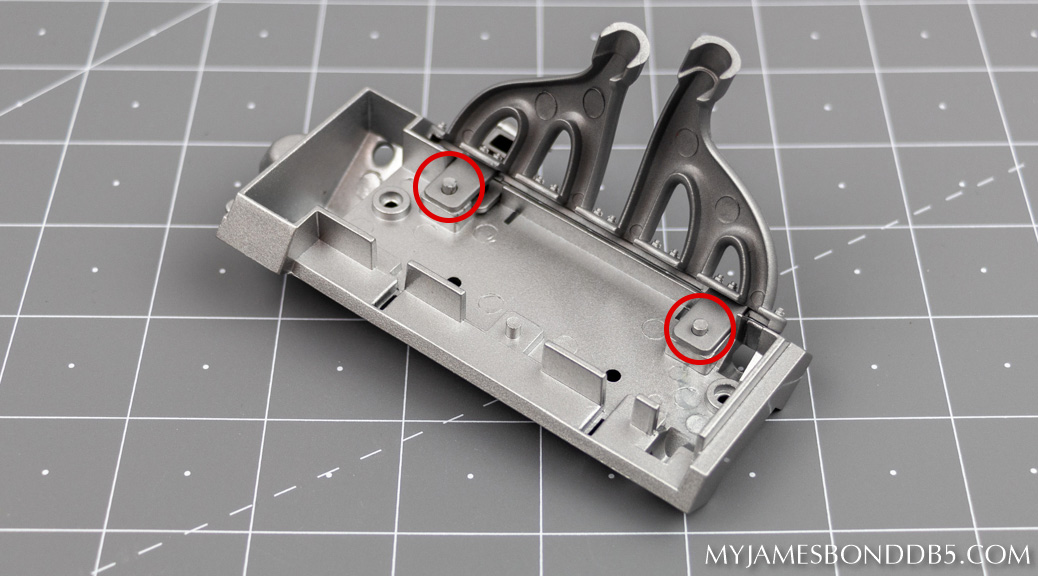 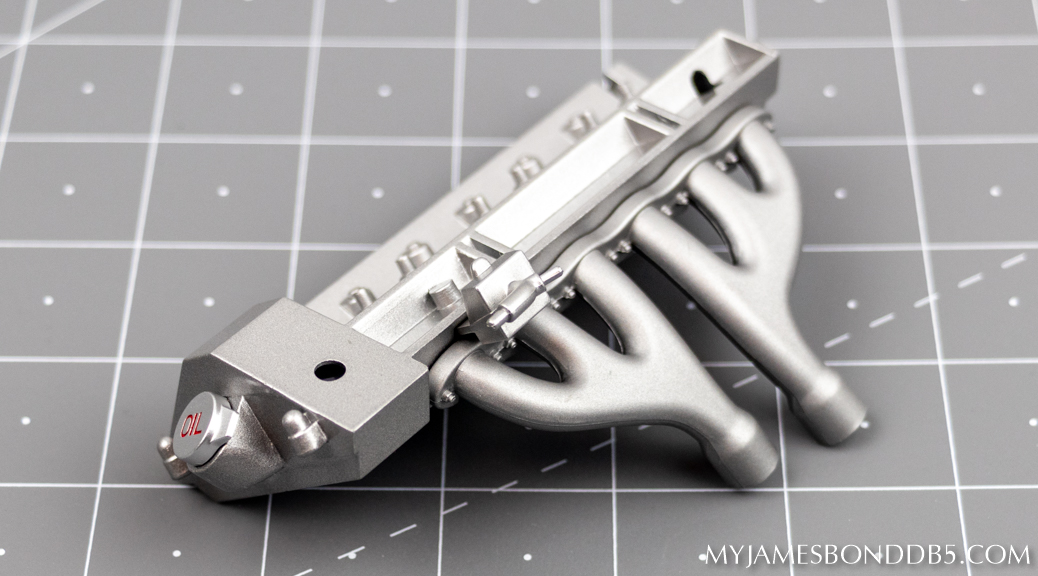 The Ignition Lead Holder and Leads (009-B) has pegs shaped in such a way that it only fitted into the Cylinder Head one way. Then, attach the leads as shown.

This is not true. The Ignition Lead Holder and Leads can actually fit either way as the pegs/holes are the same. The correct way is to have the hole in the end of the chrome holder tube facing to the back of the Cylinder Head (away from the Oil Cap). 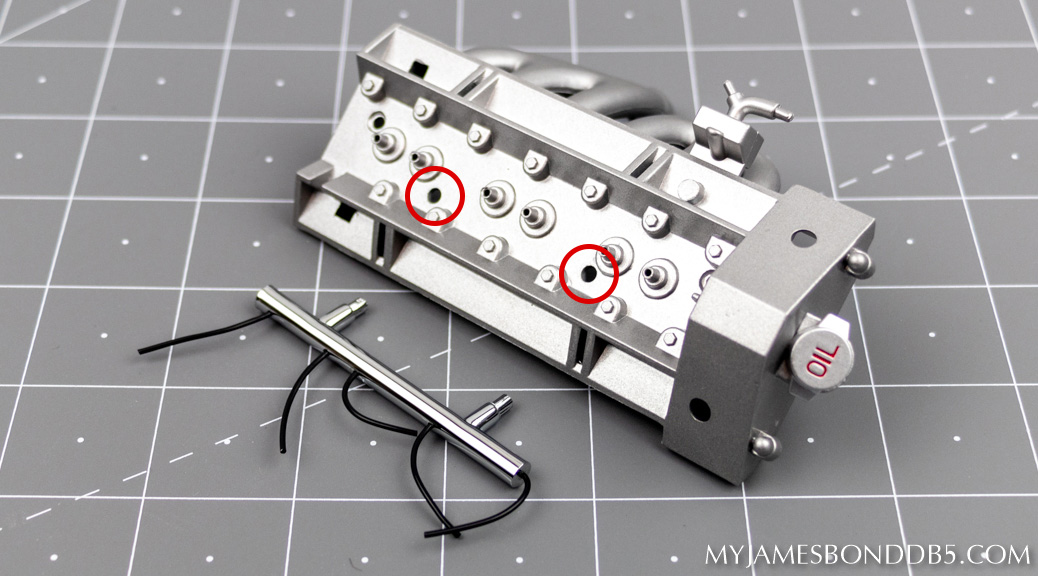 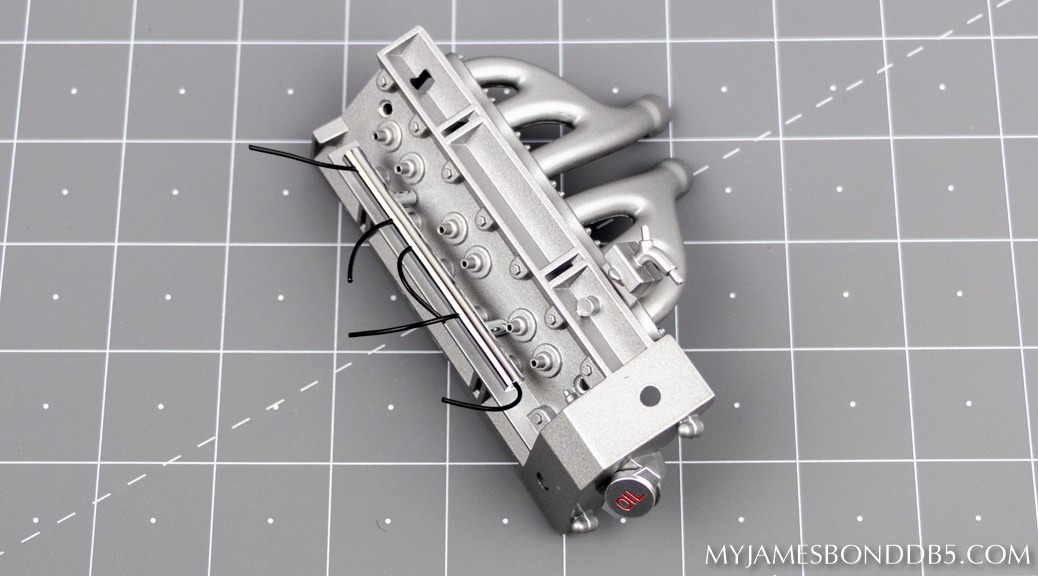 I needed to use some tweezers here to get all the wires sorted (no glue required): 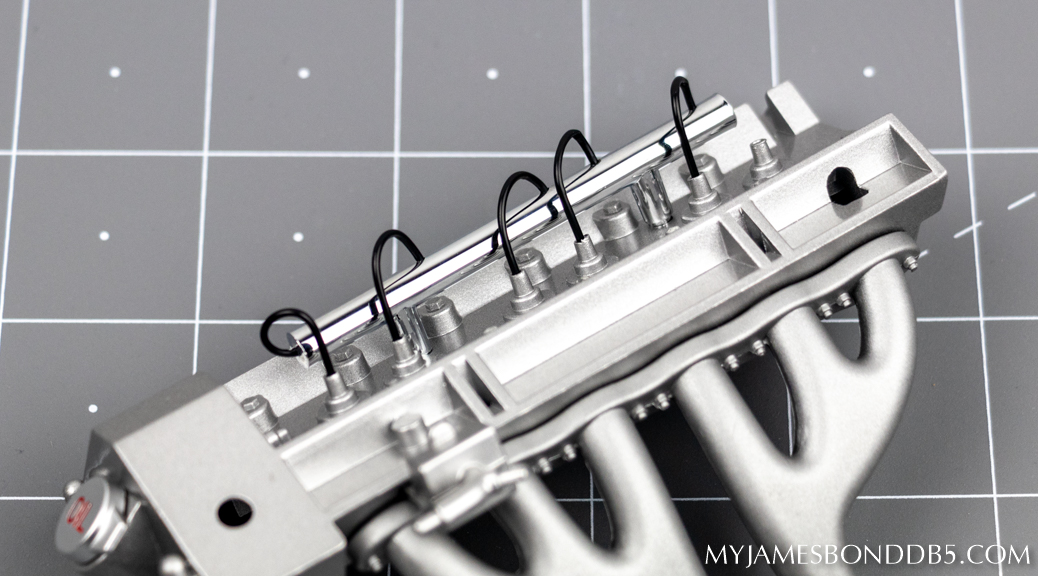 The Distributor Cap and Leads (009-C) has a specially shaped fitting that matches the gap at the rear of the Cylinder Head. Three of the four leads from the distributor fit into the lead holder, with the last lead plugged into the cylinder head. 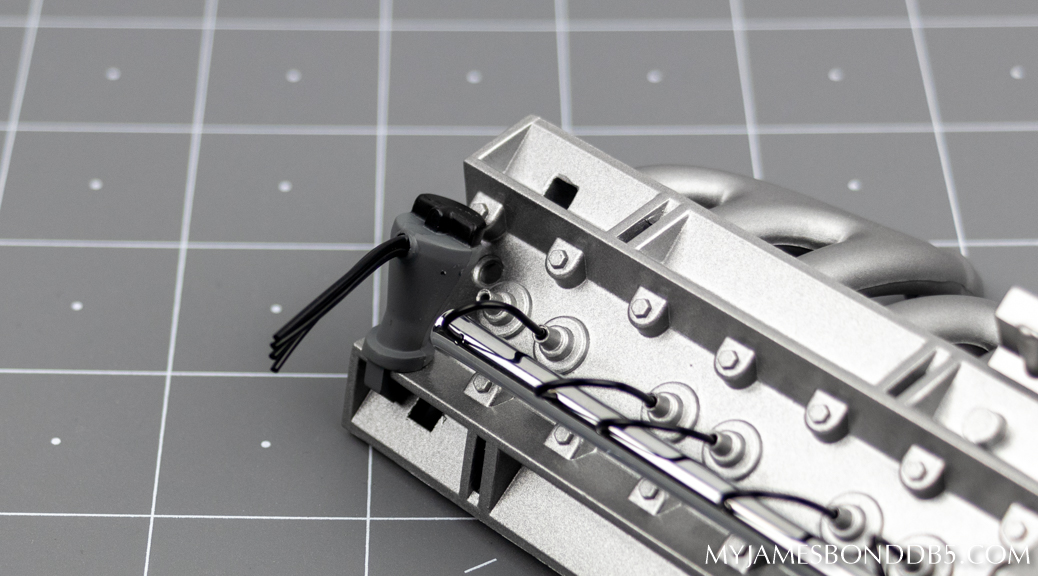 This is quite tricky, but a good set of tweezers made the job easier: 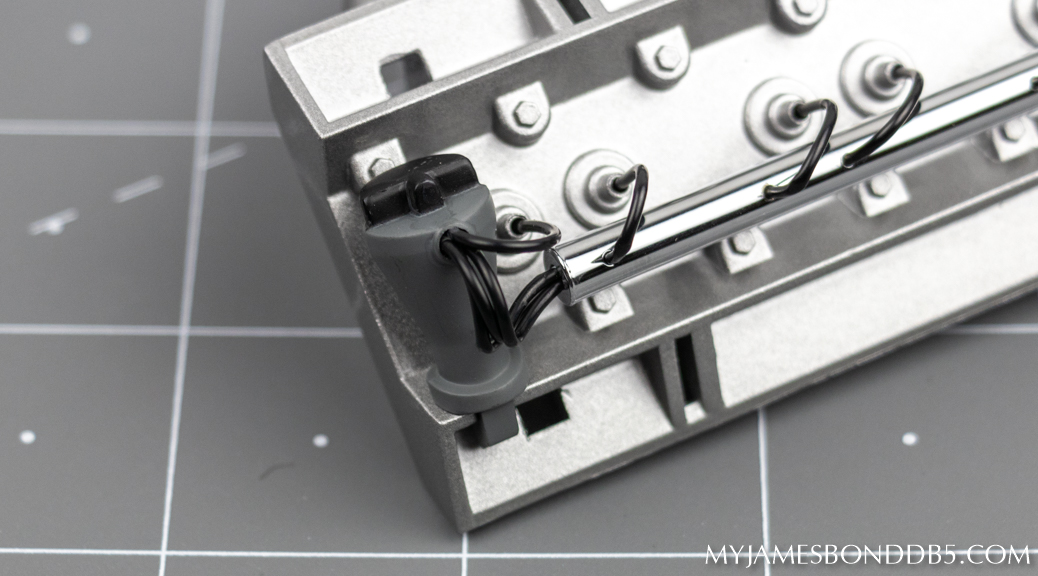 The Carburettor Assembly (009-D) clips to the underside of the Cylinder Head. It will be further held in place by the engine block in the next issue.

This fits just like the Exhaust Manifold we added earlier. The only difference is the single peg and two L-shaped retaining ‘legs’ that slot into the underside of the Cylinder Head: 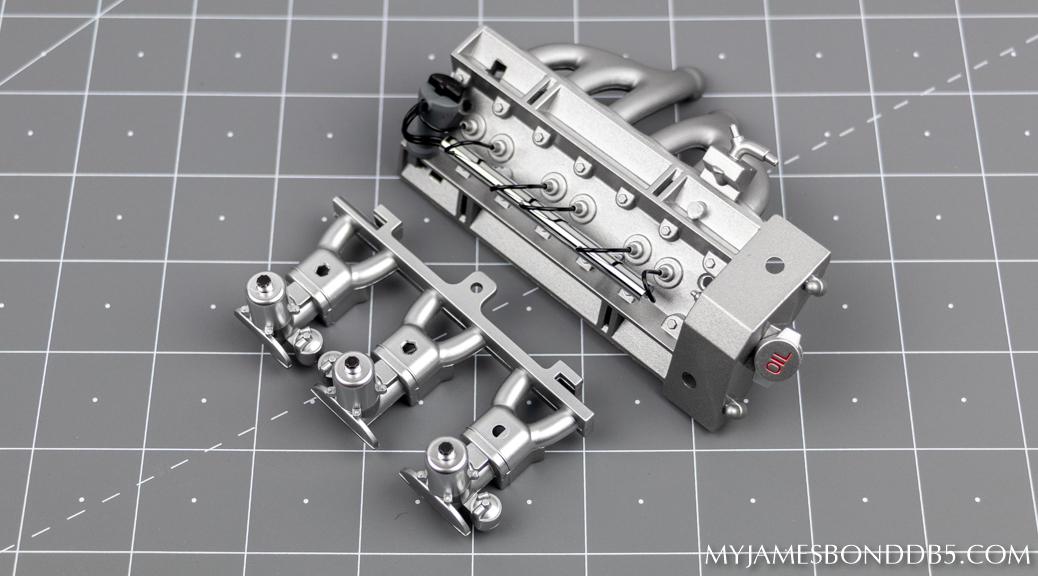 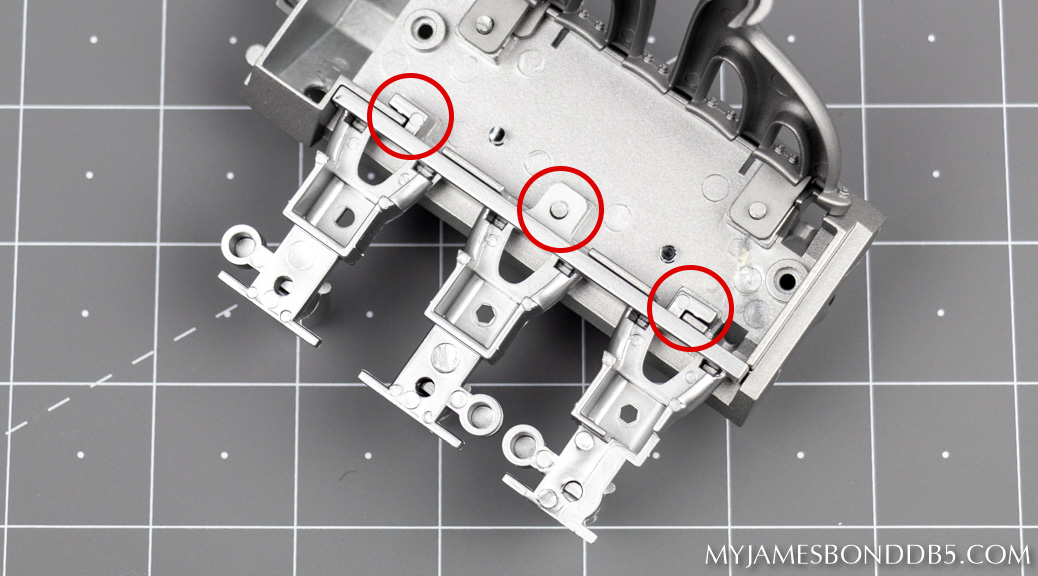 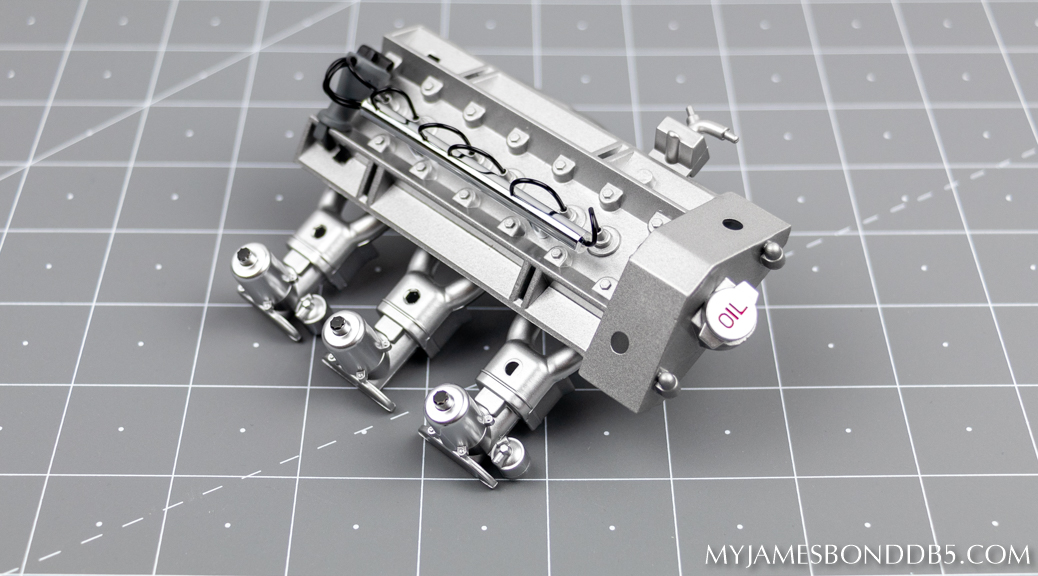 Now we are getting somewhere. The top of the engine is starting to look really good!