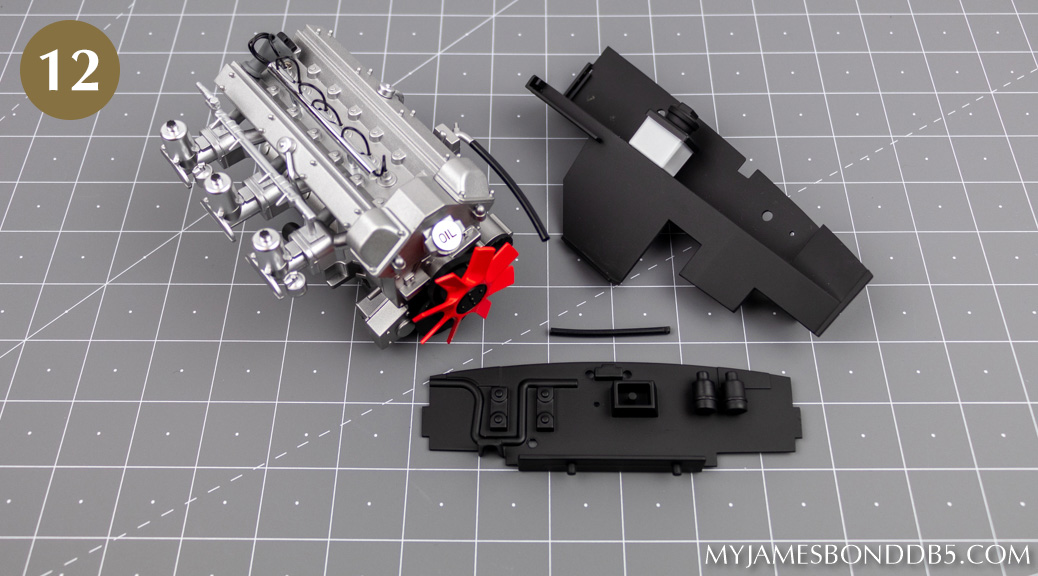 “This issue also includes the model Aston Martin DB5’s timing and engine housings, providing just as much attention to detail as the engine itself.” 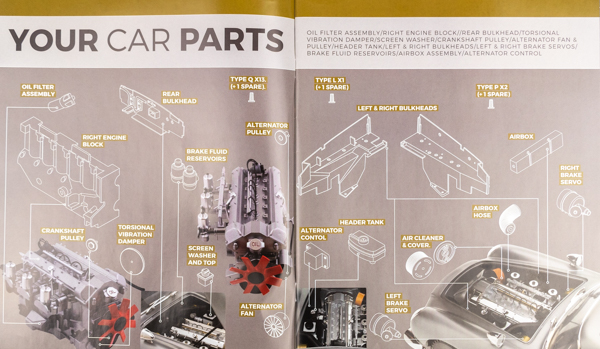 The Rear Bulkhead (012-E) can be set aside for now as it will be attached in the next issue.

They also included a small hose with the bulkhead, but I have no idea what it is for. UPDATE: It goes into the bulkhead, see the bottom of this page. 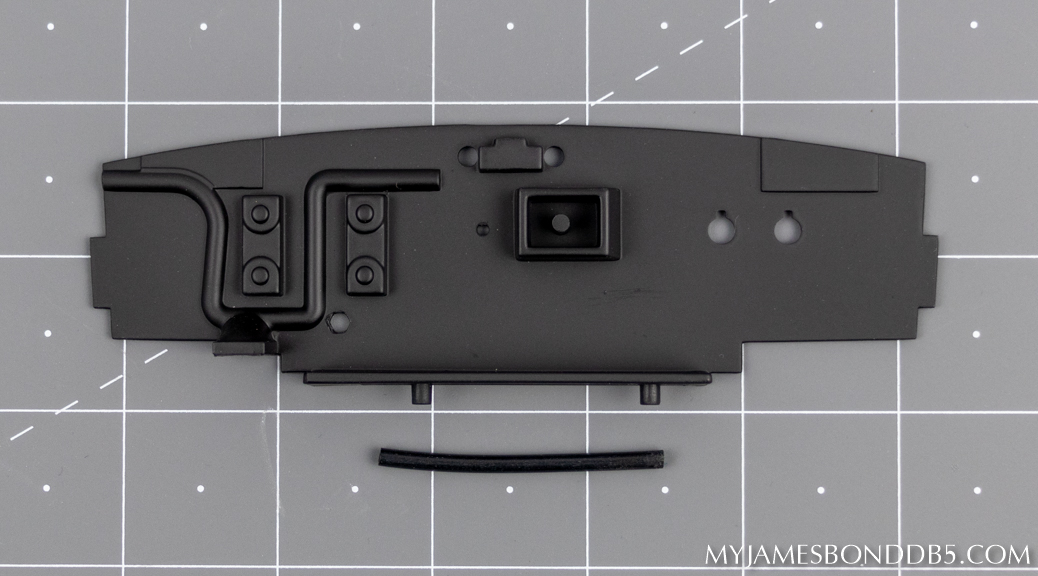 CAUTION: This instruction from Eaglemoss is just a mess. First, the Left Bulkhead is not included in this pack, but is actually part of the next pack.  So technically, we do not have the part yet. But for the sake of keeping these steps flowing, I grabbed the Left Bulkhead from the Pack 13 parts bag.

Second, there are no Type G screws supplied in these packs. Even the parts list above refers to them as Type Q which *are* included with this pack:

Fit the pin and mounting posts on the bottom of the Screenwasher tank (windshield washing fluid tank) to these matching holes on the Left Bulkhead: 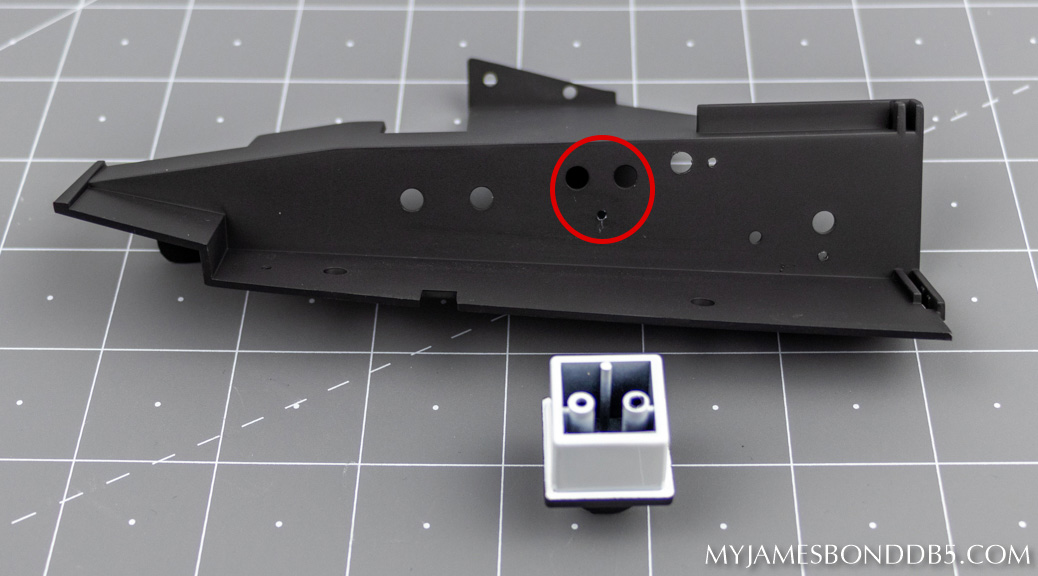 Pressing in the pin is a pretty tight fit, so it will hold it itself in place: 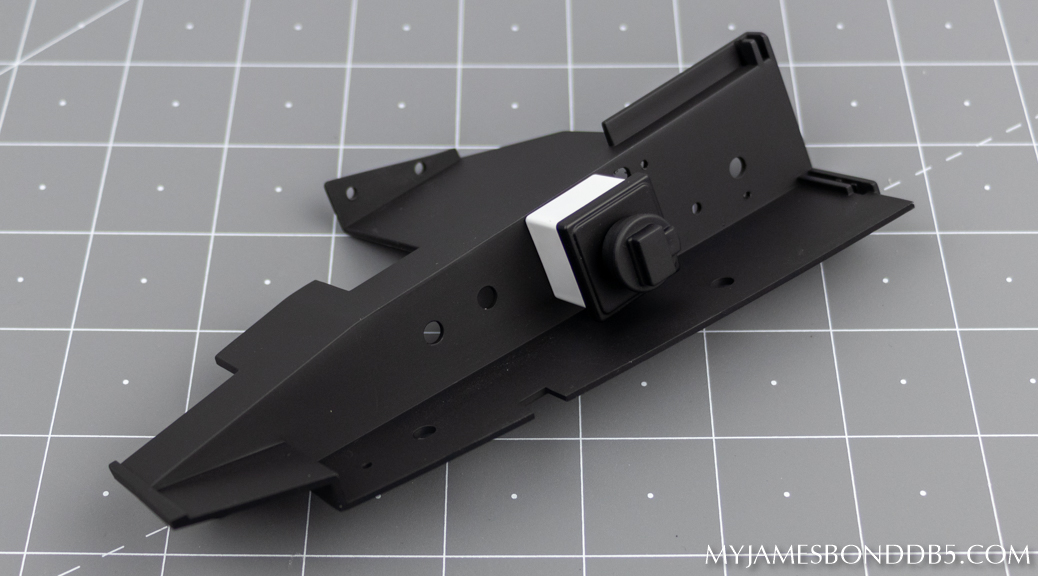 Then, align the two mounting holes and secure the tank into place from underneath with two (2) Type Q screws: 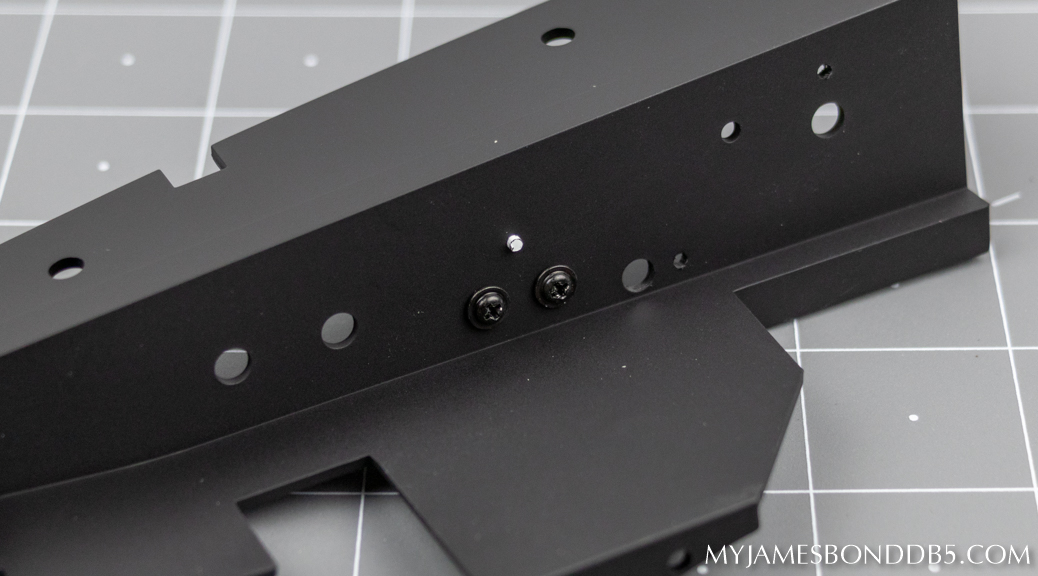 Retrieve the Fan System assembly (from Pack 04) and lay out these new small parts to get an idea of how they are assembled: 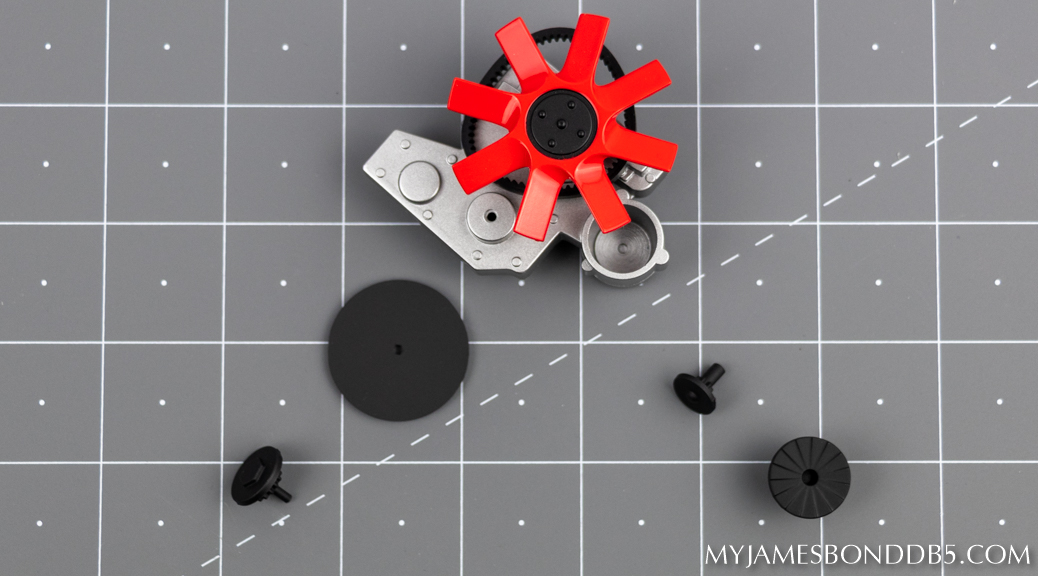 The Alternator Fan (012-A) fits down inside the alternator case on the Timing Housing.

I really thought I was going to have to remove the Fan to get this in, but it will just barely clear it. This is good, as I remember putting the Fan in, and it was not going to come out easily. Also, this Alternator Fan is called the ‘Water Pump Impeller’ in the blueprints. Wow, how wrong those blueprints are! 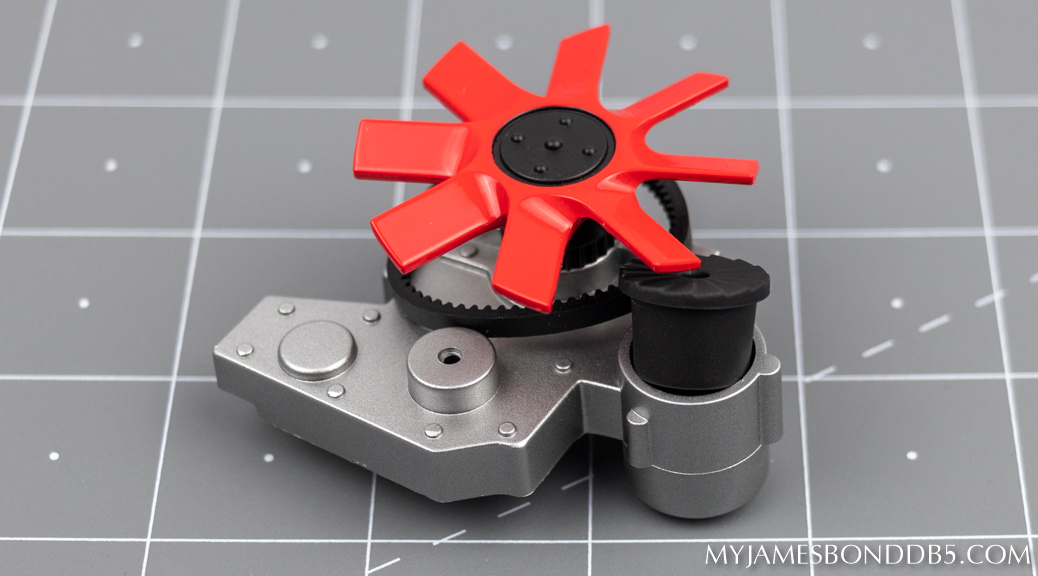 Press the Alternator Fan all the way in until it sits flush.

This step is going to take some force, but it will snap down in place: 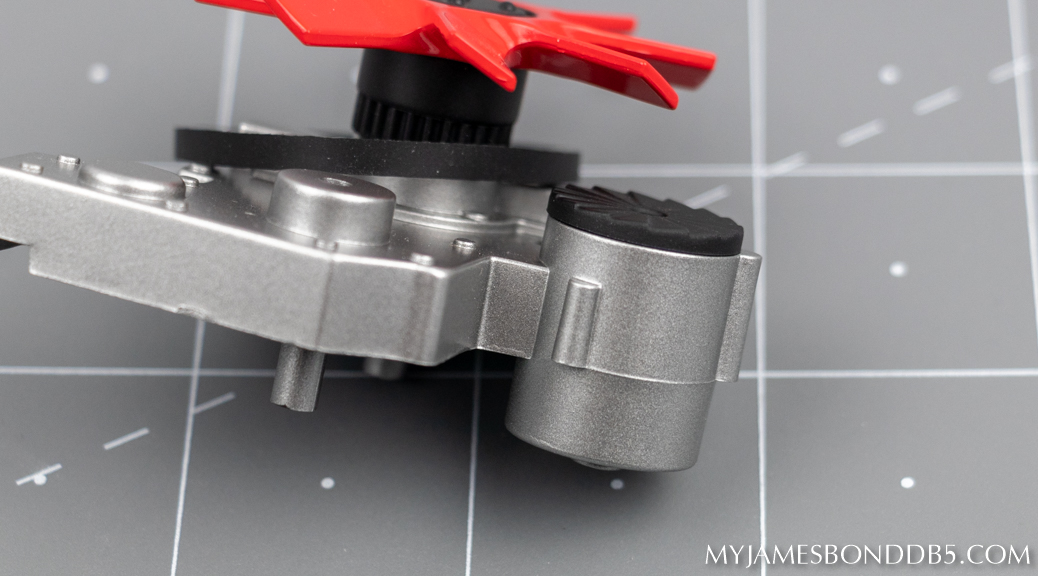 Nope, this was not going to happen. I tried with nearly all my strength but it would not budge past this point: 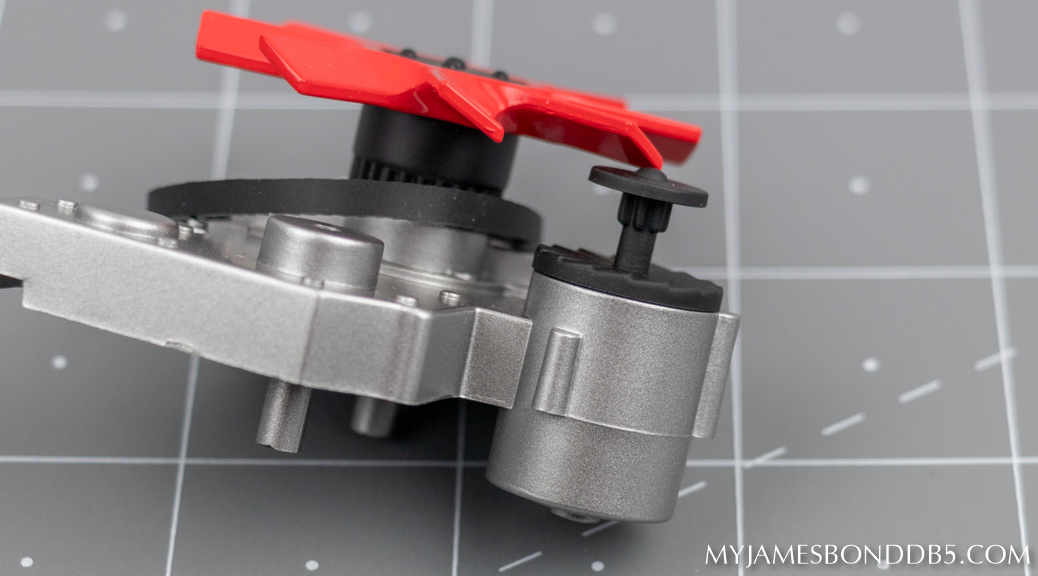 I ended up having to sand down the pin on the pulley until it fit snugly into the hole: 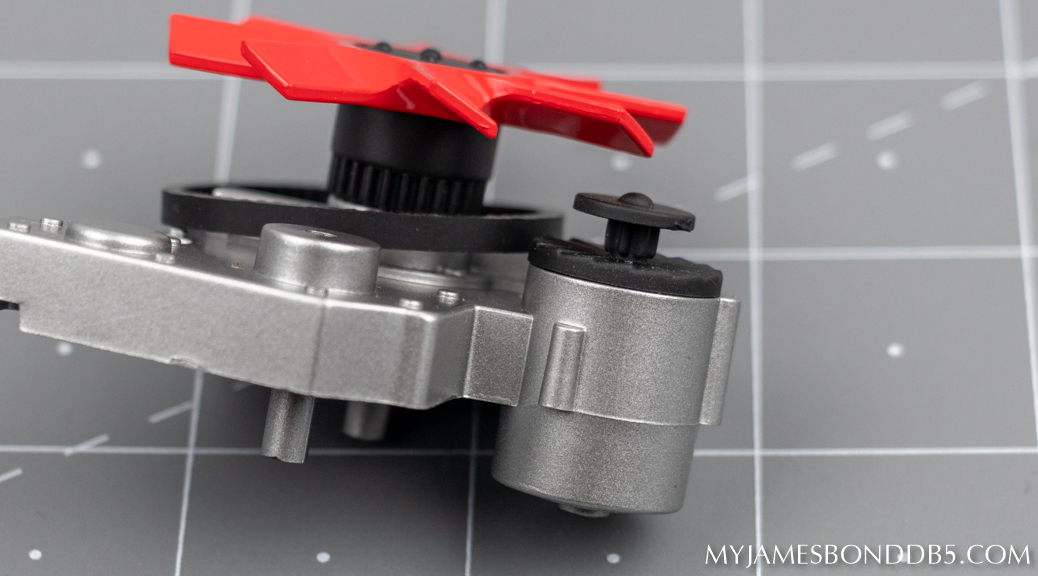 Align the hole in the Torsional Vibration Dampener (012-D) over the lower center hole of the Timing Housing, then…

…press the pin of the Crankshaft Pulley (012-B) through the dampener and into the Timing Housing to secure them both:

I found this easier to start the pin of the Crankshaft Pulley through the dampener first: 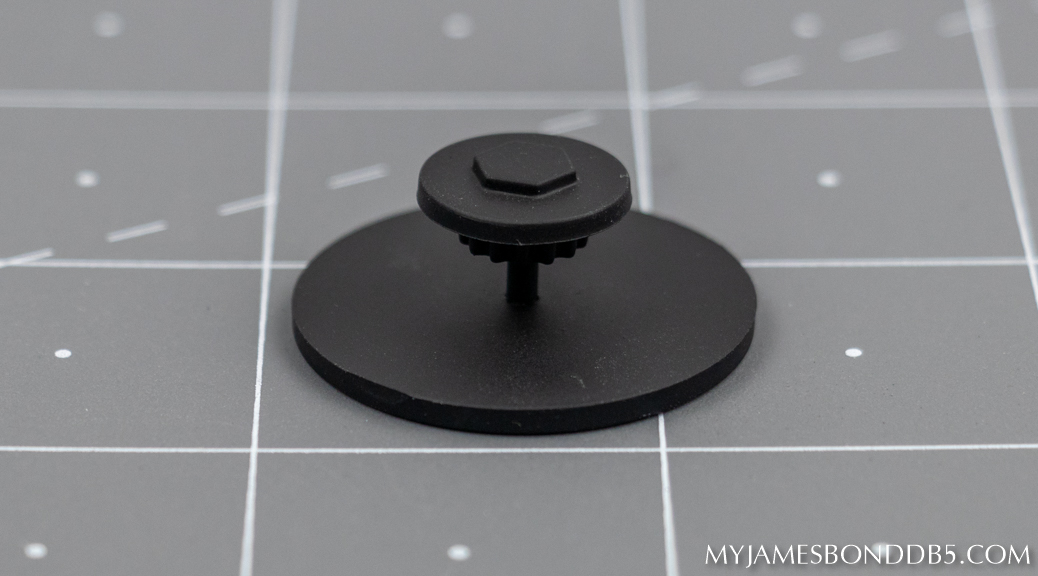 Then, press the entire thing into the lower hole of the Timing Housing. The hole was still a tiny bit too small to fit the pin, so I needed to open it up the hole in the housing a bit with a small screwdriver first. Be sure not to trap the Fan Belt under the dampener: 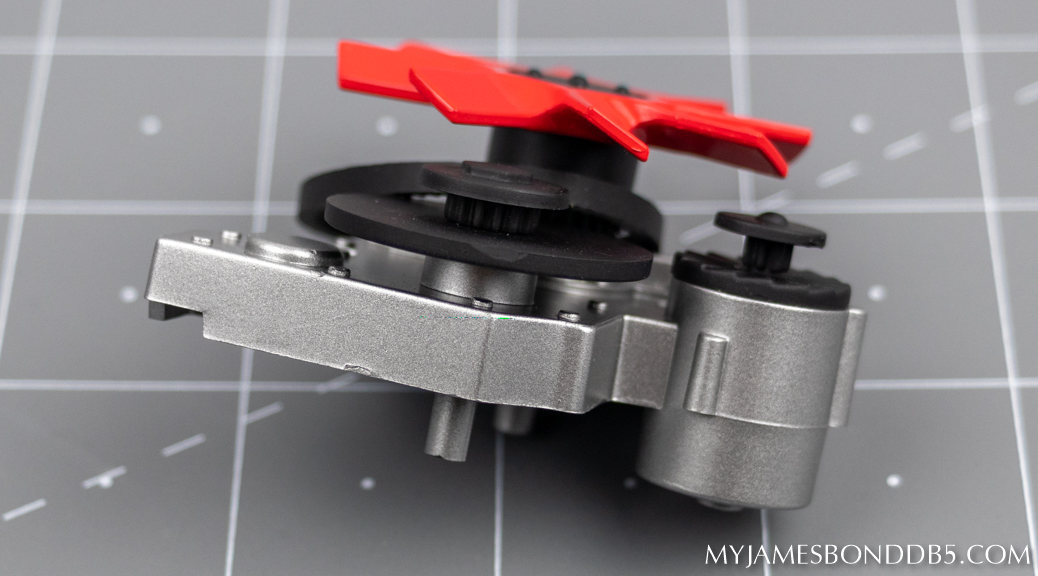 Finally, route the Fan Belt around all three ribbed pulleys as shown: 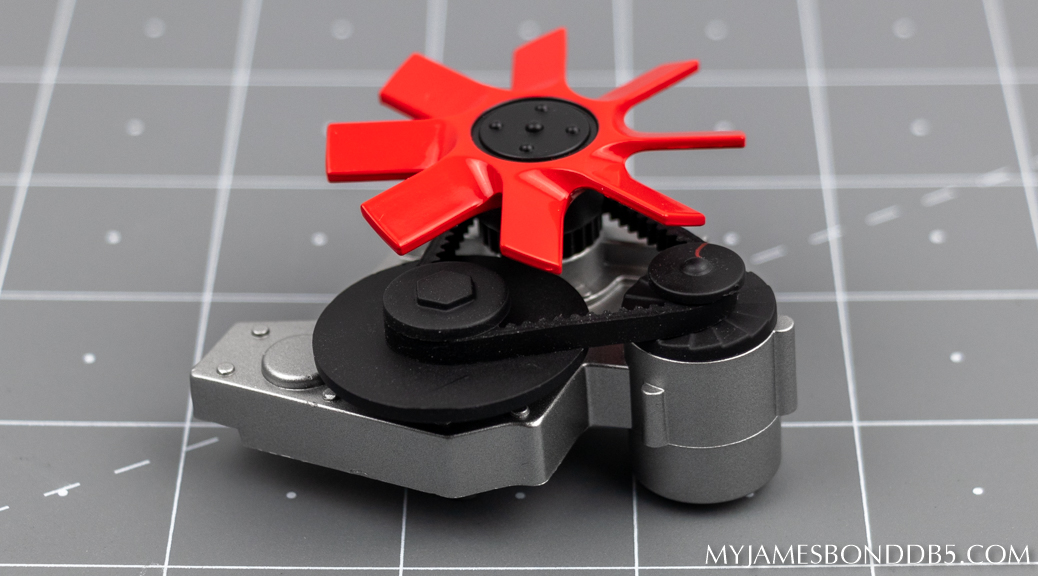 The rear of the Timing Housing has two protruding posts (circled below) that fit into the matching holes in the front of the engine block: 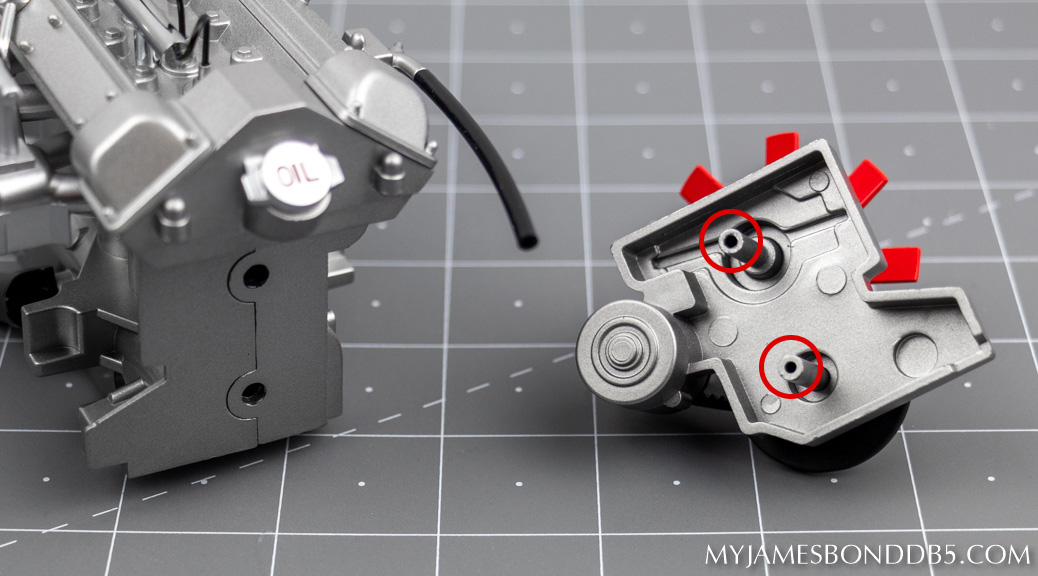 Make sure the housing is the right way up, then press the posts into the holes of the engine block until it sits flush: 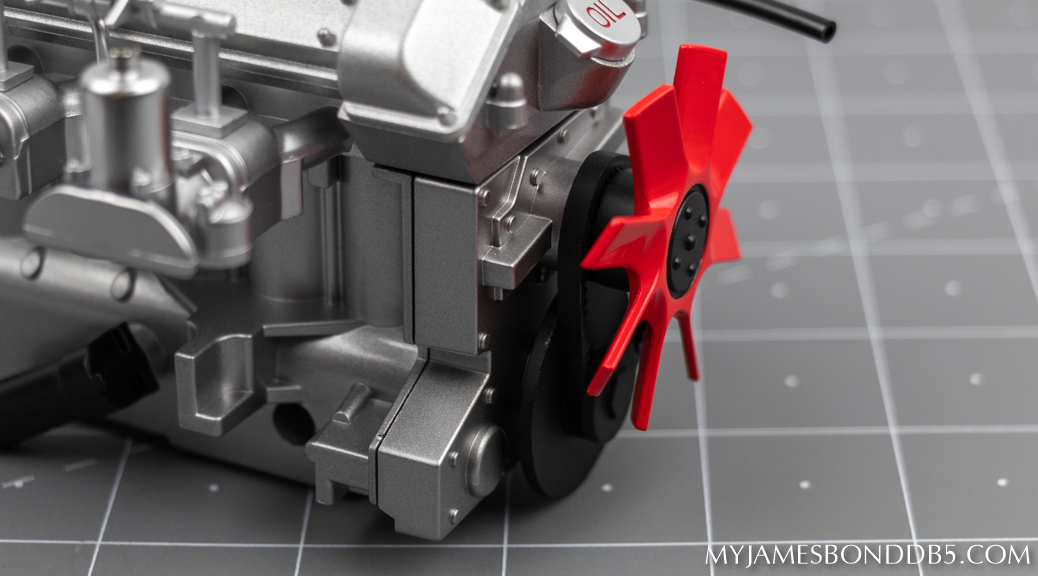 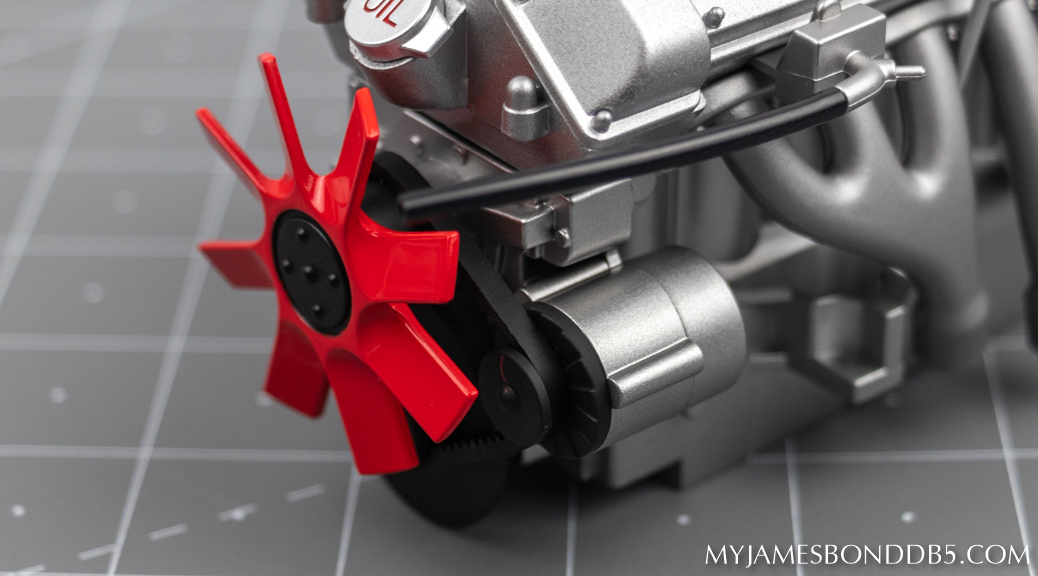 UPDATE: Thanks to a visitor’s comment below, we figured out where that loose hose that came with the Rear Bulkhead is supposed to go. Apparently, it was originally attached into this hole of the bulkhead, so I super glued it back into place: 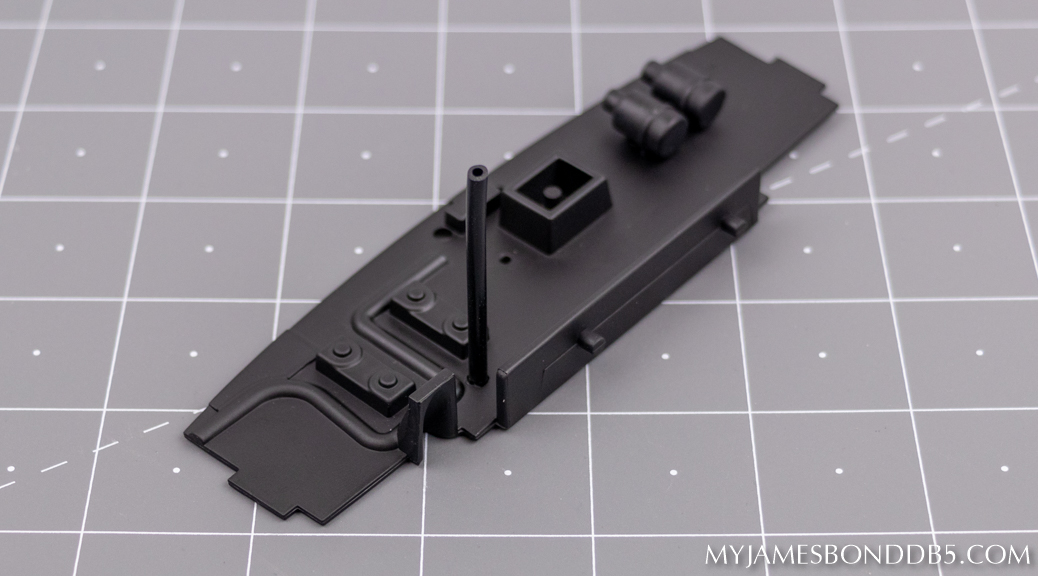 OK, this pack felt like a train wreck. The instructions were terrible, some of the needed parts are from future packs, and we came really close to having to disassemble previous parts to fit new ones. Who the heck wrote these magazines? Luckily, we figured it out and made it through!