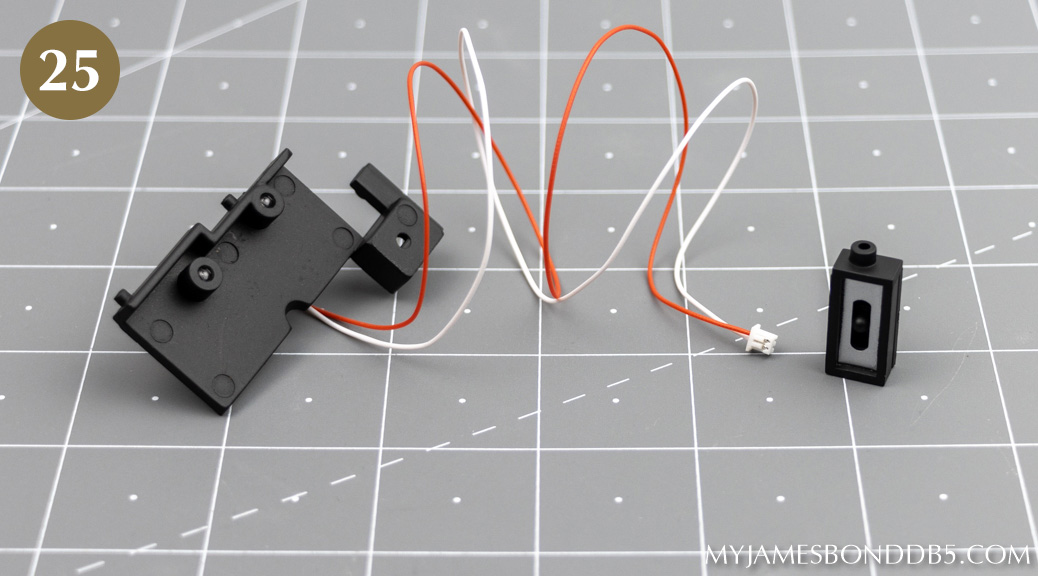 The Dashboard Mount supplied in this pack will not be used right now, so keep it safe until later.

Materials: All of these parts are plastic. 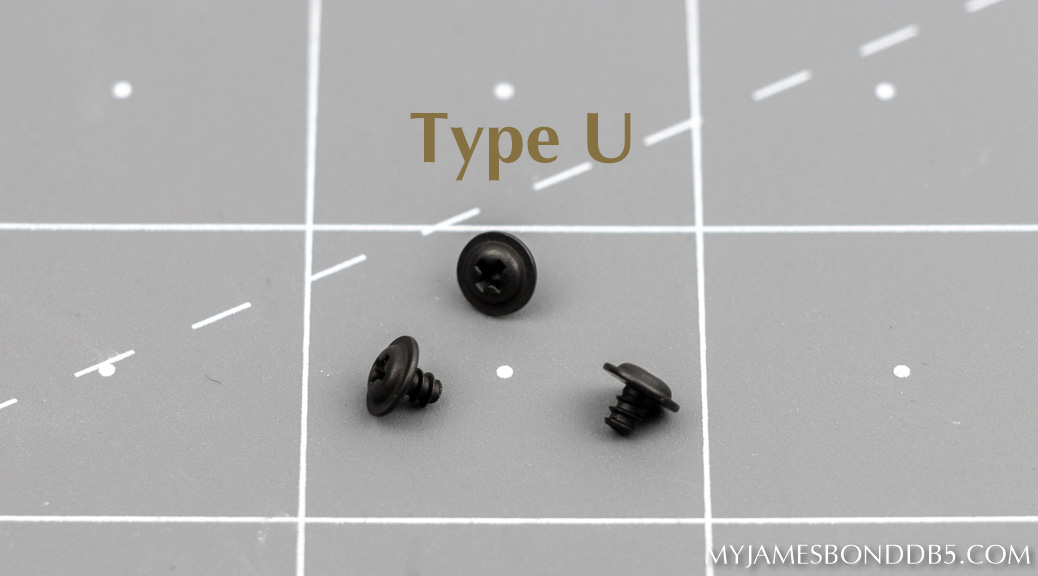 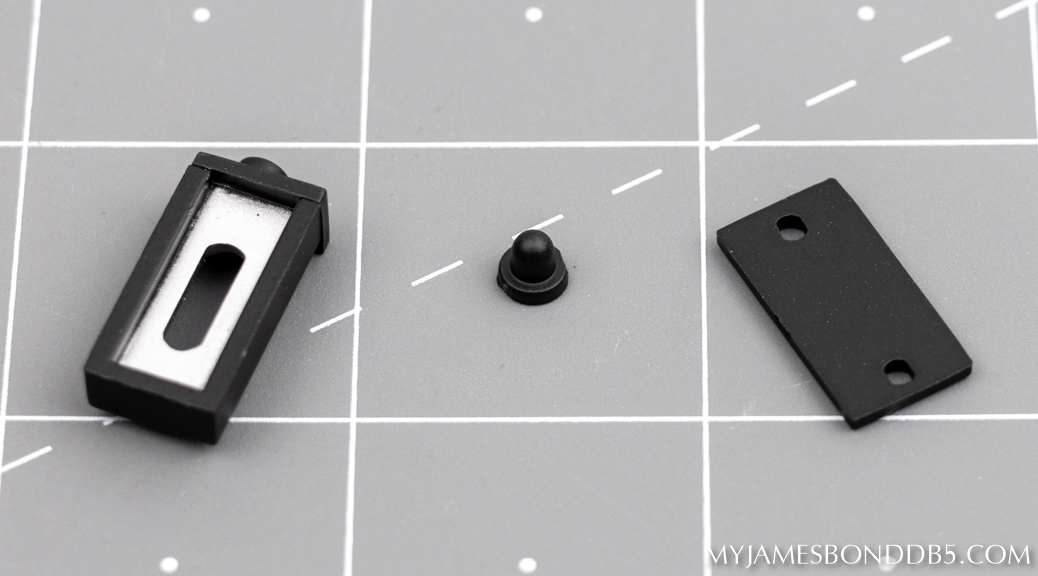 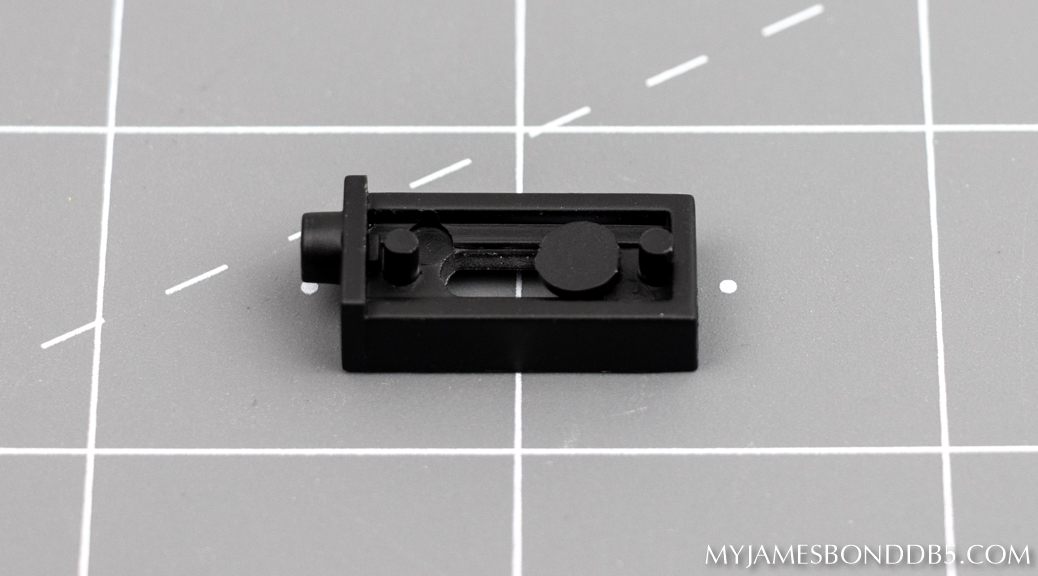 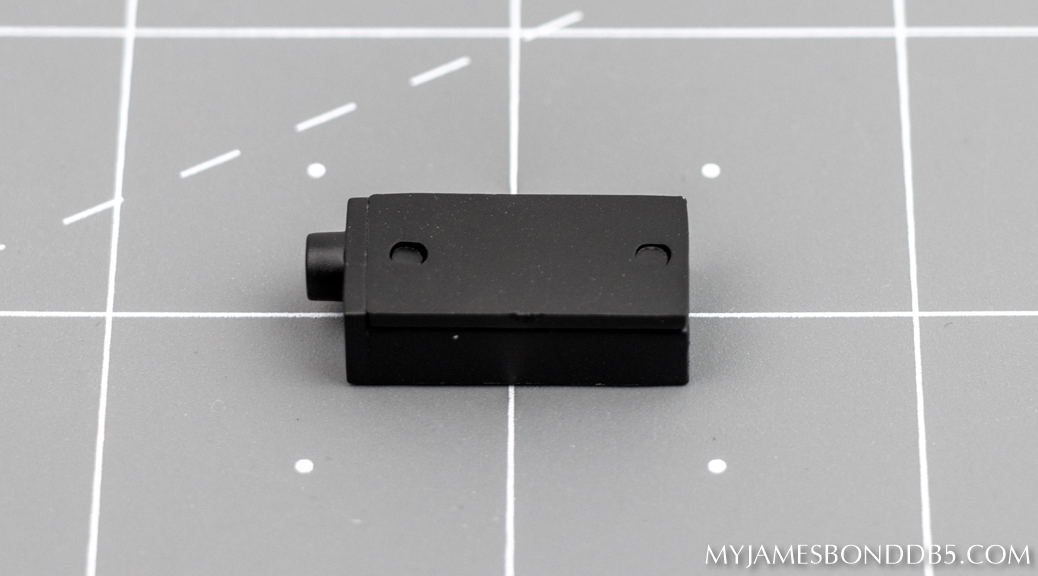 Once built, the switch can slide up and down in the slot: 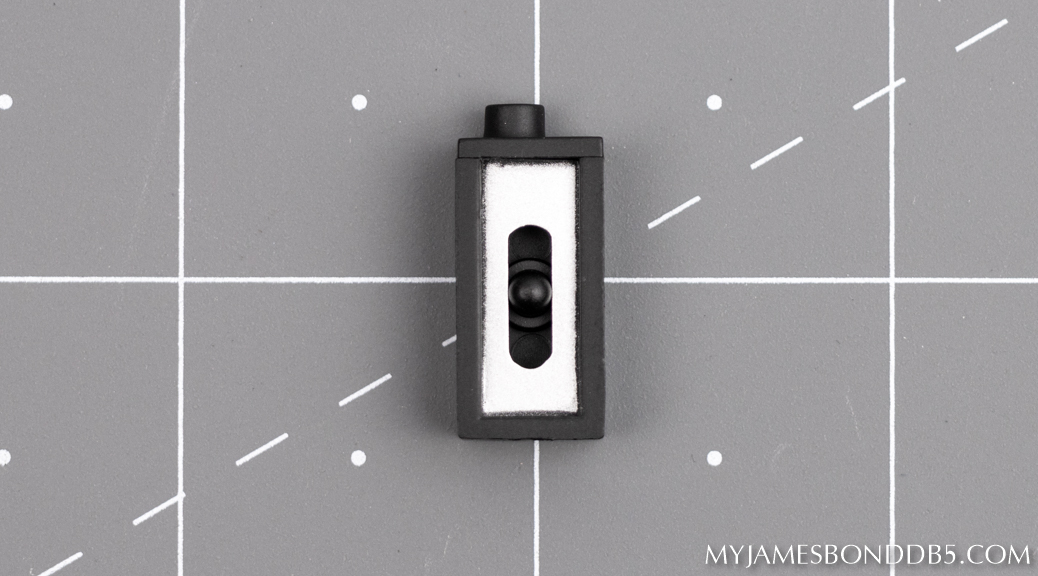 NOTE: This step tells us to attach the vent assembly to the Dashboard after it is constructed so I thought we needed to wait until later. Well, it turns out that we *can* attach this now without delay. I discovered this later in the build (after Pack 30) and noted the change in my Fixing Mistakes post.

Retrieve the Dashboard from the previous pack. Fit the Left Air Vent assembly to the left end of the Dashboard, pressing the post up through the matching hole: 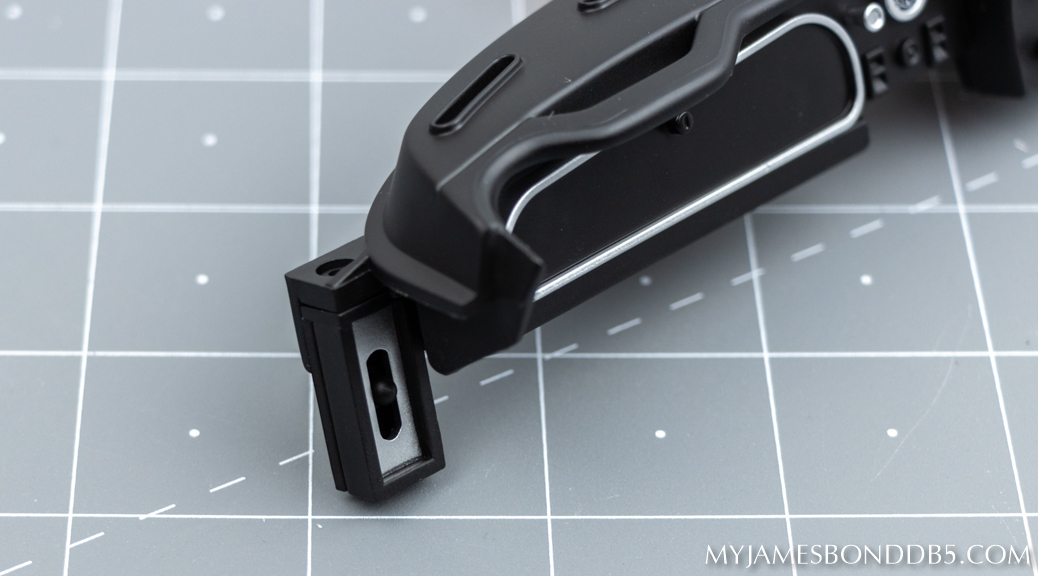 Secure the Left Air Vent assembly with one (1) Type U screw from the top: 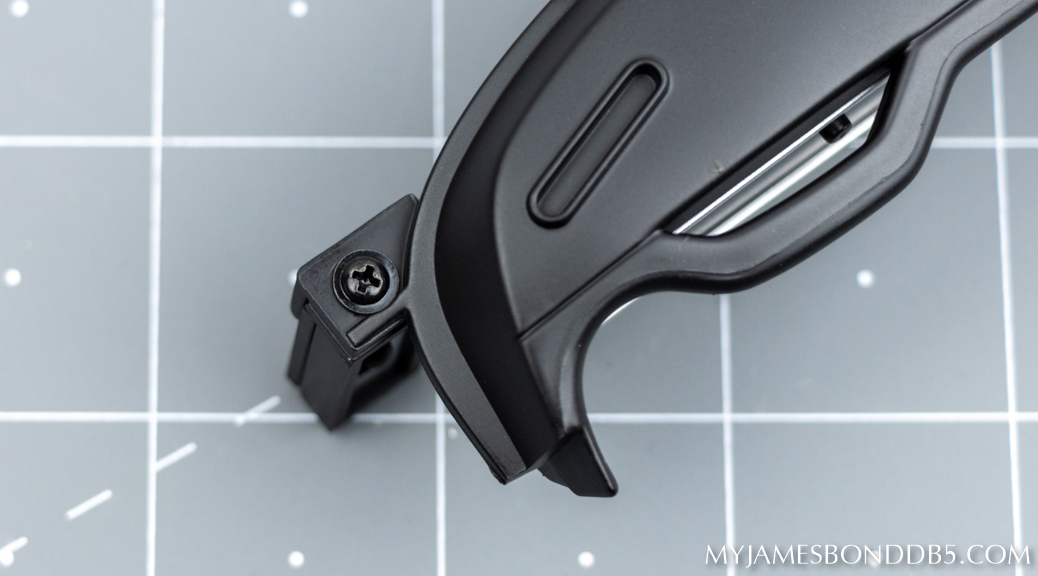 Since I attached the vent assembly after I wrote this article the first time, the final image below does not match anymore.

Of all the part works models I am building, this DB5 easily has the worst instructions. And, these magazine have been updated for 2019… This idea of telling us assembly steps now that we have to do at some later point is annoying and confusing. Not to mention the lack of screw identification. To help with the screws at least, I found some diagrams detailing all the screw types and measurements and posted them up over at The Screws page.