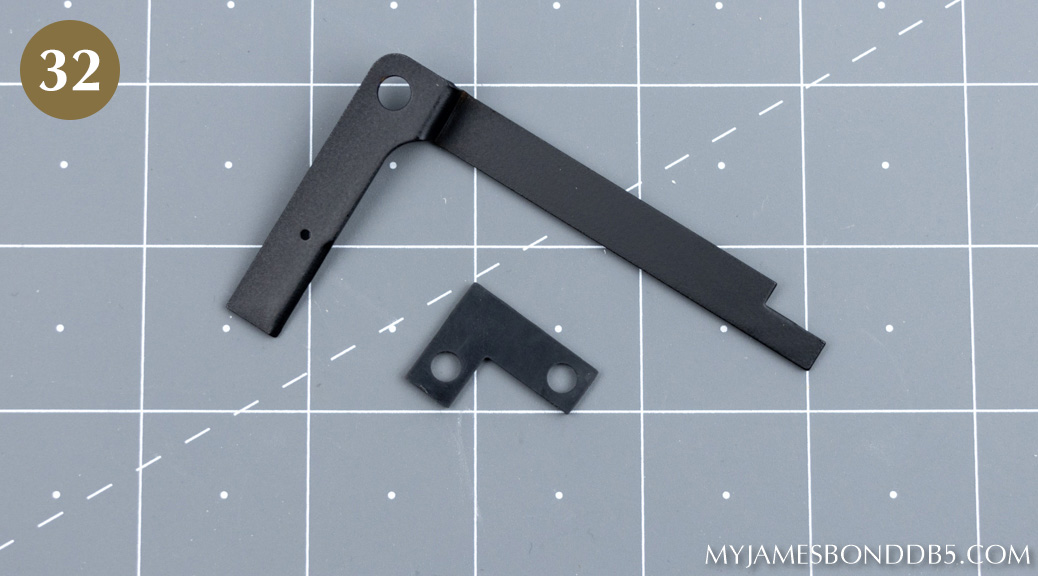 “With this [pack] you get the first pieces of one of the most memorable parts of 007’s Aston Martin DB5 – the ejector seat.”

NOTE: I did not receive part 032-B. Apparently, it was removed from the model design a few years ago and is no longer needed. I found references to this “missing” part going back as far as 2012. Sadly, it is still showing as a valid part on the car in my magazine which is copyrighted 2019. Somehow, Eaglemoss had more than seven years to update the magazine, and still decided not to.

Materials: The Ejector Seat Lever is metal, but the cover is plastic.

There are no assembly steps in this pack. We just get some more parts for use later.

Yet another pack with nothing to do. Just store the parts until next month’s Issue 10 (Pack 35).