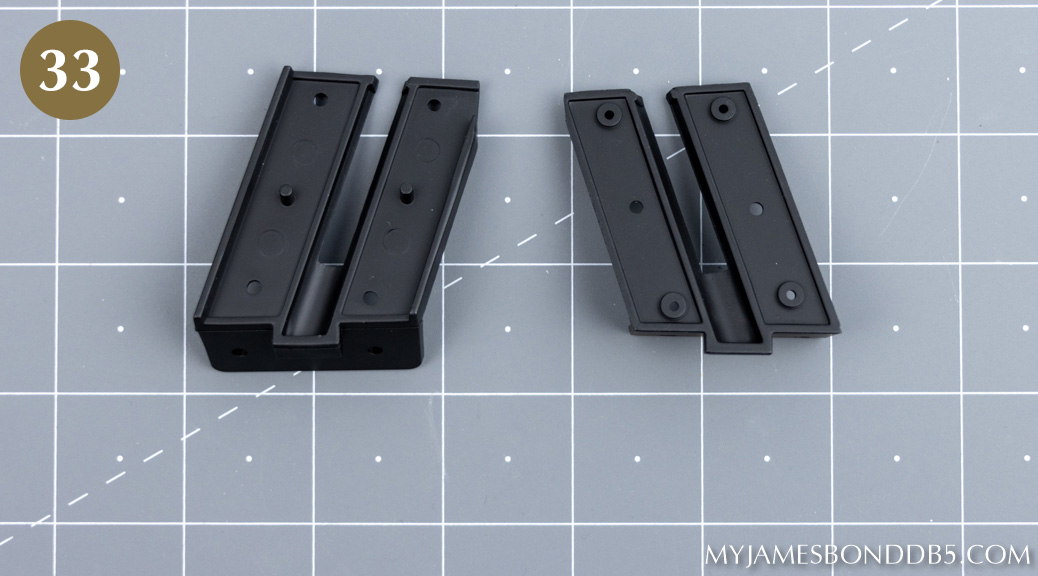 “The ejector seat sits on the trigger housing. It’s activated by pressing the gear stick, which causes the seat to shoot into the air!”

There are no assembly steps in this pack. We just get some more parts for use later.

The third pack in a row with nothing to do. Just store the parts until next month’s Issue 10 (Pack 35).