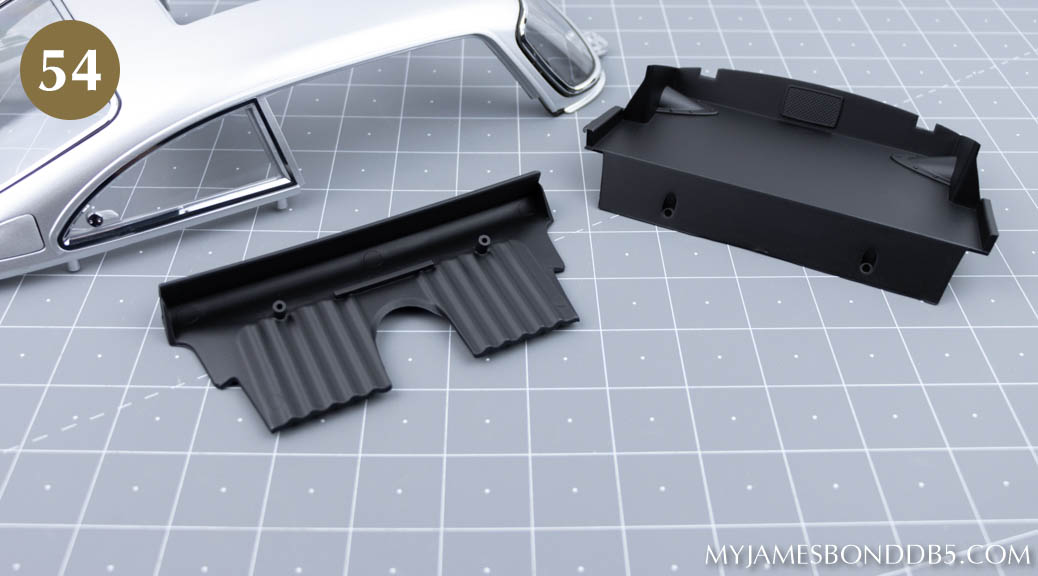 In this pack, we install the right quarterlight window.

Materials: The parts in this pack are all made of plastic.

This pack came with two bags of unlabeled screws containing the following type(s): I found this much easier to do by putting the knob under the window and pressing down: From the outside, the knob should be flush to the window: Like the Left Quarterlight Window, this was actually quite tricky to install. I had to use the handle of my screwdriver to press it into place: Press the pins of the Right Quarterlight Window assembly into these matching holes of the Main Roof Frame, as shown: I think we have finished building the roof assembly! The Rear Shelf Panel and Rear Seat Back were not used this time, but will be used in the next pack. The Roof assembly itself won’t be needed again until Pack 73, so keep it somewhere safe until then.